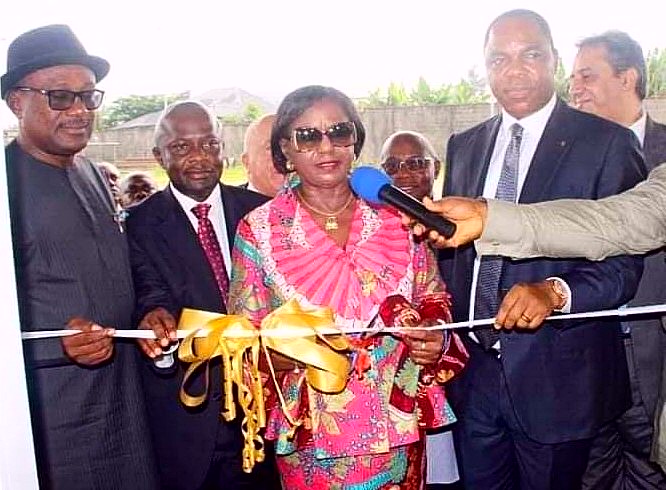 Port Harcourt — Rivers State Governor, Nyesom Ezenwo Wike, at the weekend commissioned a Low Voltage Panels Assembly Plant, built by Alcon Nigeria Limited in Port Harcourt, declaring that his administration will work with the private sector to revive the manufacturing sector in the state.

Governor Wike said his administration is committed to creating the right environment for investors to develop more factories in the state, in order to generate employment opportunities for the youths.

The governor charged the organised private sector to form a pressure group to prevail on the Federal Government to revive the two seaports in Rivers State, explaining that the functionality of Rivers seaports will take off the pressure on Lagos ports, thereby expanding the nation’s economy.

“I want to call on the leadership of the Manufacturers Association of Nigeria, MAN, to work with other stakeholders to form a pressure group to prevail on the Federal Government to make our seaports functional in Rivers State. That way, the revival of our manufacturing sector will be made easier.”

Governor Wike, represented by the Deputy Governor Ipalibo Harry-Banigo, expressed delight that Alcon Nigeria Limited sited the plant in the State, assuring that Rivers State was safe for investors and that the State Government is working to make the state even more conducive for investment.

Similarly, Executive Secretary, Nigerian Content Development and Monitoring Board, NCDMB, Engr Simbi Wabote, said that with the successful establishment of Low Voltage Panels Assembly Plant, by Alcon Nigeria Limited, there will be no further need to import such products into the country.

Earlier, Managing Director of Alcon Nigeria Limited, Gerardo Della Santa, said the successful completion and operation of the factory is a landmark development.

Santa disclosed that the factory has received all required national and international certifications to produce Low Voltage Panels, noting that the factory will enhance technology transfer by its operation.

For his part, President of the Manufacturers Association of Nigeria, Engr Mansur Ahmed, said that the process of reviving the manufacturing sector in Port Harcourt should continue as the city deserves to be the industrial hub of the country.

Obasi said in addition to ABB certification as authorized panel builders operating IEC 61439 Part 1 and 2 Construction of Low Voltage Assemblies, the company also has ISO 14001:2015 certificates for quality and environmental systems, SON certification for MANCAP and Category A NCEC certificate for electrical switchgear and panel building from NCDMB.

He commended the Bank of Industry for their support, which according to him, led to setting up the factory, adding that the facility came to fruition within two years.