Rivers, SPDC to commission cassava processing factory in May 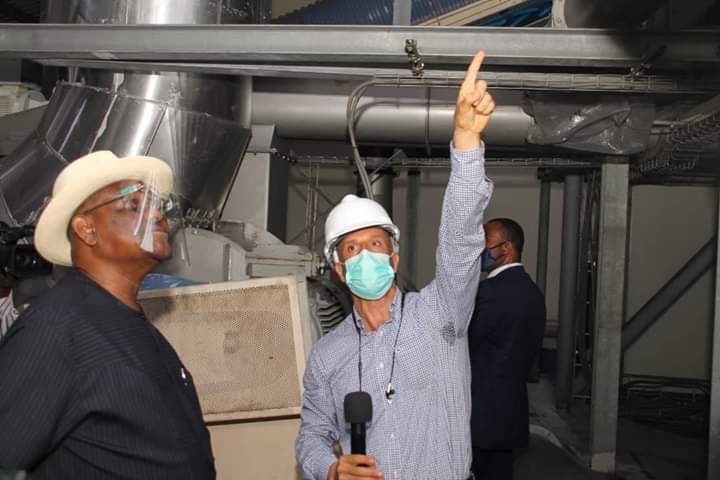 Port Harcourt — The Rivers State Government, in partnership with the Shell Petroleum Development Company of Nigeria Limited, SPDC, will officially inaugurate the cassava processing factory in Afam, Oyigbo Local Government Area of the state in May 2021.

The multi-million dollars factory, has SPDC as one of its major shareholders, as the Dutch oil firm said it has invested the sum of $3.6million already in the project.

Governor Wike disclosed that in 2015, when he assumed office, SPDC, one of the shareholders in the company was downsizing its operations in the country, and it was going to impede actualising the cassava factory if nothing was done.

The governor said his administration took the decision to finance the project and today it has paid off, because the factory is now completed and ready for production with its attendance job creation benefits.

“The Rivers State Government took it upon itself, since we are trying to diversify, to make sure that this project is completed.

“We put all the funds we could muzzle and today, we give God the glory, that we have achieved it. 3000 farmers will be benefitting. If you calculate 3000 farmers making money and the multiplier effects, you’ll be talking about 6000 persons.

“That is creating of jobs and we are happy that we are doing it. Our own is not propaganda, it’s not where, everyday, government releases money in the guise of boosting agriculture and at the end of the day, you don’t see anything.”

Governor Wike also berated the Central Bank of Nigeria for delaying to support the project, especially since was in line with Federal Government’s policy that demanded cassava flour to be a component of baking flour.

“We have a factory that is operational and that can benefit 3000 farmers, on a yearly basis, with a steady income by buying-off their cassava tubers. It will also have a multiplier effect across the agricultural sector as rural agriculture is still a labour intensive activity in this part of the world.

“You have provided a very stable form of income, it will give sustainability to the rural parts of Rivers State. We also want to use this opportunity to present to you the very first product from the day it was produced and give you a glimpse of it.

“The machinery and equipment were configured to produce 50 kilogram bags to key into the inclusion policy of the federal government whereby it is expected that 10 percent cassava flour will be included in the general baking flour.”