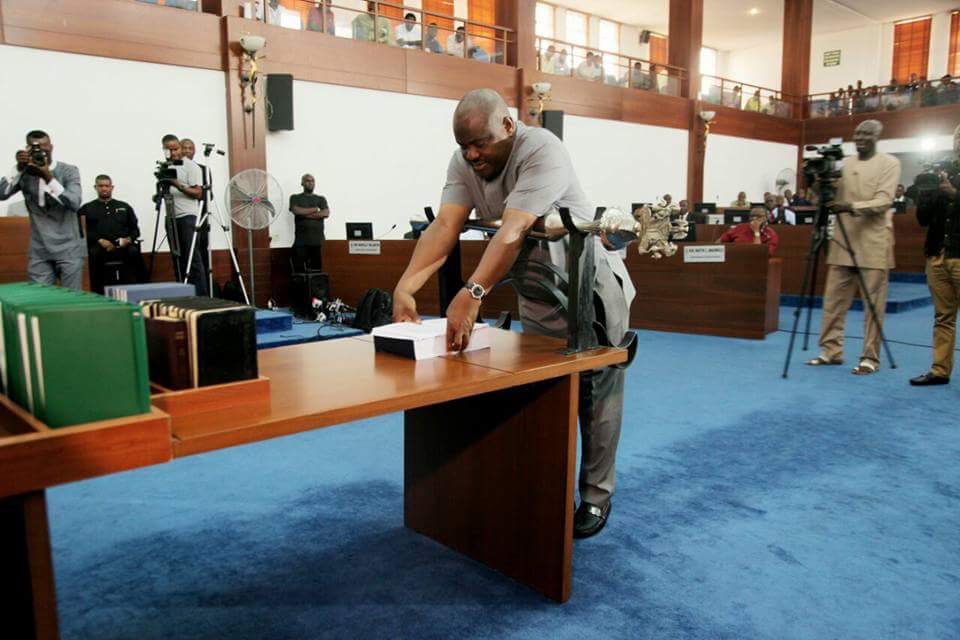 *Governor Nyesom Wike presenting a bill before the Rivers State House of Assembly.

02 August 2018, Sweetcrude, Port Harcourt — As a way of engaging stakeholders in the power sector towards evolving a new course in electricity provision, the Rivers State House of Assembly has announced plans to hold a summit on power on August 30th, 2018.

Chairman, House Committee on Power, Hon. Abinye Pepple told newsmen that the event would be tagged ‘Power Infrastructure Summit’ and plans are in top gear for it.

Pepple who represents Bonny State Constituency in the House said the event was crucial since the state is a major stakeholder and pioneer in independent power generation in the country.

He stated that the summit would involve stakeholders and other key players in the power sector, adding that as the capital of oil production in the country, Rivers State needs a stable and effective power provision to be productive.

According to him, “The summit is billed to hold on August 30, 2018. The summit is to aggregate stakeholders in the power sector in coming together to articulate the way forward in improving power provision.”

The lawmaker also disclosed that a media sub-committee has been inaugurated to evolve measures towards raising awareness and support for the summit.

He emphasised that there was a need to improve the sector, as he urged the committee to work hard in publicising the event to make it a success.