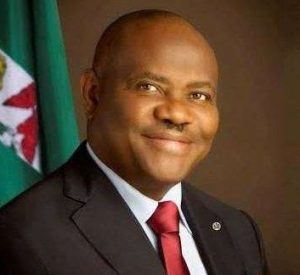 When contacted, the spokesman of the Shell Petroleum Development Company of Nigeria declined to comment noting that issues surrounding OML 11 are sub judice.

He said: “I am delighted to inform you that the Rivers State Government has fully acquired Shell Petroleum Development Company of Nigeria (SPDC) 45% interest in Oil Mining Lease (OML) 11 situated in Ejama Ebubu community in Eleme Local Government Area and the adjoining Ogoni and other communities of Rivers State”.

In a state broadcast on Monday at the Government House, Port Harcourt, Governor Wike in his address titled: “We will continue to advance the state’s interest, security and prosperity of all”, the governor said his administration will always advance the best interest of Rivers State.

Governor Wike explained the background to the acquisition of OML 11, saying it is premised on court judgements, which have been registered in the United Kingdom and Nigeria for enforcement.

He said: “This fresh case commenced in 2001, passed through four different justices of that court arising from twists and turns associated with opposed litigations, until it was disposed of about 10 years after in June 2010 by Buba J. (the fifth judge to preside over the matter).

“SPDC and its parent companies appealed the judgment at the Court of Appeal in 2010, which again suffered the twists and turns passing through six different panels comprising three justices each between 2010 and 2017 before it was finally disposed of by the panel of that Court led by Gumel JCA of the Port Harcourt Division. The appeal was dismissed.

“SPDC and its parent companies took out a further appeal to the Supreme Court of Nigeria in 2017, which appeal was considered and dismissed by that Court in a judgment read by Hon. Justice B. Akaahs, JSC delivering a lead judgment in a unanimous decision. After losing at the High Court, SPDC gave the successful Ejama Ebubu Plaintiffs a Bond Guarantee stipulating that First Bank of Nigerian Limited would pay them the value of the judgment debt and interests thereon in the event that SPDC’s appeal to the Court of Appeal fails at that court. The original Bank Guarantee is still with the community.

“When SPDC’s appeal failed at the Court of Appeal, Shell instructed the Bank to dishonour their guarantee, which did and gave rise to a series of six different litigations in various Courts against First Bank and the Central Bank of Nigeria. SPDC’s excuse was that they had lodged an appeal at the Supreme Court of Nigeria. The enforcement cases had been to Owerri, Abuja, Lagos, etc in six different lawsuits. On the 11th of January 2019, Shell’s appeal was dismissed at the Supreme Court of Nigeria.

“The judgments of the High Court, the Court of Appeal and the Supreme Court were registered in the United Kingdom for enforcement over there against SPDC parent companies domiciled outside Nigeria’s shores.”

On the enforcement of the judgment in Nigeria, Governor Wike said:
“The Ejama Ebubu community commenced enforcement by domiciling the judgment in the State High Court and levying execution on SPDC moveables in their Industrial Area in Port Harcourt;

(ii) Those chattels were attached on the ground but not removed;

(iii) SPDC invited the community and offered them N7 billion as against the judgment debt of N194 billion, which the community refused to accept;

(iv) The community approached the court for and order granting them leave to sell SPDC’s immovable property comprised in OML 11 and their kidney Island support base in Port Harcourt”.

Governor Wike said upon the advertisement of the said immovable assets for auction, the Honourable Attorney General and Commissioner for Justice of Rivers State alerted the Government of the State.

He explained the reasons why the State Government resolved to purchase OML 11.

He said: “That the impact is still there and un-remedied since 1970 as admitted by SPDC vide letters they wrote seeking to clean the spill in 2006 while the case was at the trial Court;

“That the Rivers State has suffered the worst impact of environmental degradation resulting from oil related operations;

“That the very difficult swamp and mischievous waterlogged terrain of the Rivers State has impeded development as a result of increased construction costs on the near and non-existent infrastructures and attendant rapid decay of the little we have been able to achieve as a result of oil related acid rain and black sooth enveloping the State;

“That these phenomenal degradation and impoverishment had continued with the decline of revenue and inflation, lack of employment of well-educated Rivers State youths, idleness and restiveness arising from want;

“That SPDC is said to have paid the sum of USD 2,000,000 (two million United States Dollars) only for the renewal of their operatorship and interest in the said OML 11 to the Federal Ministry of Petroleum Resources;

“That for the past 25 years, the rich oil potentials of OML 11 have remained untapped following the hanging of the world-renown Ogoni poet and environmental activist, Mr. Ken SaroWiwa and the Ogoni 9 as well as the unfortunate mob lynching and death of four prominent Ogoni citizens, one of whom was the Secretary of Government of the Rivers State and another, a Commissioner under the tenure of Lt. Col. Dauda Musa Komo as governor of Rivers State;

“That it has become unlikely that for peace and security, the people of Ogoni in the Rivers State will welcome SPDC on their land forming part of OML 11;

“That a lot of revenue is lost to the Federation Account accruable to the 55% stake of the Federal Government in OML 11 and by extension the rest of the Federating States of Nigeria due to non-production of nearly 250,000 barrels per day of its crude oil potentials equaling one sixth of the country’s total out-put per day;

That the Rivers State Government has continued to lose 13% derivation fund from the said 55% stake of the Federal Government in that field for nearly 30 years now, which revenue would have transformed the State and its peoples for the better;

“That rather than standby and watch other persons or group purchaser SPDC 45% interest in that OML 11 and further exacerbate the poverty of the people of the State, a responsible and responsive State Government should weigh in and bid for the purchase of SPDC interest already set down for auction;

“That the present Government of Rivers State entrusted in my care through the will of God and those of the peoples of the Rivers State have concluded that it will be in the overall interest of the State, the other Federating States and the Federal Government that we as a Government, should make a bid for the purchase of the said interest of SPDC now placed on auction by extant Order of the Courts of Law.”

Governor Wike explained the process: “Therefore, I directed the Rivers State Ministry of Finance Incorporated to make a bid of USD 150,000,000.00 supported by a Bank Guarantee and cash payment to the Deputy Sheriff in the sum of N1 billion, the later payable to the Judgement Creditors while the former is escrowed.

He continued: “I have further directed the relevant Government agencies to take immediate steps to liaise with any financially capable companies to partner with the Rivers State Government to ensure that the said oil field come on stream within 15 months from today.

“In line with our commitment to accelerated development, industrial harmony and security, the Rivers State Government will graciously concede some portion of its 45% per cent equity interest to all the oil producingcommunities within OML 11 to enhance mutual ownership, participation and sharing in the benefits of these resources.

“I have taken these steps with all sense of responsibility believing that addressing the pains and poverty of our peoples with the resultant security and welfare of its people is the main purpose of governance and nothing less”.

He added: ” I have attached a Certified True Copy of the Judicial Certificate of Purchase of Land/Immovable property dated 25 September 2019 issued by the High Court of Rivers State under Order VII Rule 9 of High Court Rivers in reference to Suit No: PCH/1696/2019 Between Government of Rivers State of Nigeria vs. Chief Isaac Osaro Agbara & 5 Ors. and Shell Petroleum Development Company of Nigeria Ltd. & 2 Ors”.

The Rivers State Governor noted that his administration is sensitive to the agitation of Rivers people for political and economic freedom. He said the administration shall continue to respond appropriately to the challenges of development either alone or in conjunction with the state’s partners to advance her abiding interest in building the brightest possible future for Rivers people.

He outlined the circumstances that led to the dispute and the accompanying judgments.

“SPDC admitted that the oil spill came from their pipeline and occurred sometime in 1970. They paid some compensation to the community in the sum of N300,000.00 sometime in 1986 and promised to come and de-pollute the area. SPDC failed to de-pollute the area which gave rise to a law suit in 1991 commenced at the High Court of Rivers State, Nchia Division presided over by Hon Justice P.N.C. Agumagu (now retired). At the end of the trial, the Court found against SPDC and entered judgment in the sum of N1 billion in addition to and order for SPDC to clean up the spill or pay N6 billion in lieu thereof.

‘We can’t comment on Rivers acquisition of OML11’ – SPDC
The Shell Petroleum Development Company of Nigeria Limited, SPDC, has said that it cannot comment on the acquisition of its 45 percent stake in Oil Mining Lease, OML11 by the Rivers State Government since the matter was already pending in court.

When contacted, SPDC Media Relations Manager, Bamidele Odugbesan confirmed that the announcement made by Governor Wike

“The announcement by the Rivers State Government is in respect of the assets of SPDC which form part of a matter that is pending in court, for which reason we are unable to make further comments,” Odugbesan said.