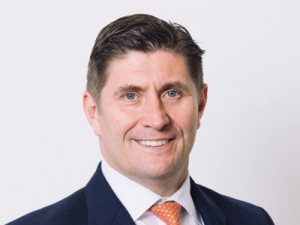 Brown is expected to lead Seplat into the next phase of the company’s growth aspirations following the retirement of  the founding CEO Austin Avuru on July 31, 2020 after 10 years.

Brown joined Seplat in 2013 as the CFO and played a key role in the successful dual listing of the company in 2014 on both the London and Nigerian stock exchanges. Similarly, since joining Seplat, he has played significant roles in various asset acquisitions by the company as well as implementing the company’s financial business model.

Brown played critical roles in the company’s successful landmark deals, Initial Public Offering, IPO, and financial structure of debt and acquisitions, as well as increased returns to shareholders. He is very familiar with the local and global business environments and institutions. As the new CEO, he is expected to work towards reinforcing the company’s leading position in the energy sector.

He brings to the CEO role an extensive knowledge of the company in his over 6 years as the CFO and a member of the board. With a strong financial and commercial experience in mergers and acquisition, M&A, as well as proven people skills which will be an asset as he embarks on the next phase of its growth.

One area of priority, Seplat said, is to ensure that liquidity and cash flow of the company remains strong and that the company’s balance sheet maintains its resilience and robustness.