Rolling the dice in chaos: The prospects of investment in gas 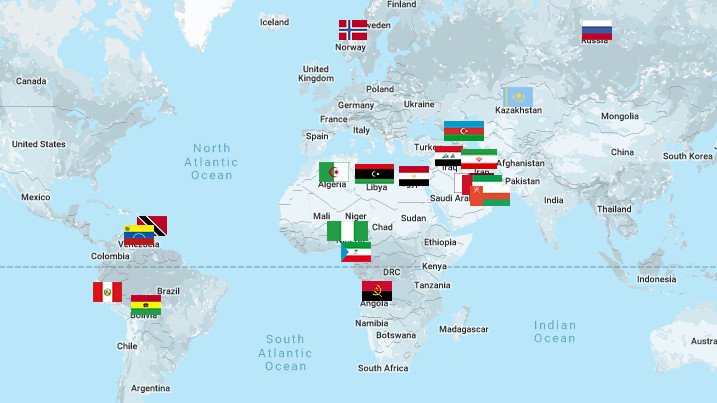 Lagos — As stated in the Declaration of Malabo at the 5th Summit of Heads of State and Government of the GECF Member Countries, in order to sustain the security of demand and supply of natural gas, it is necessary to ensure sufficient investments through the entire gas value chain among all gas market stakeholders.

Since the start of 2020, every aspect of the global economy, including investment projects in natural gas industry, have been strongly hit by the outbreak of the Covid-19 pandemic. In fact, it is always a challenge to develop an accurate short-term forecast for tactical decisions, as bias forecast integrity will result in deeper problems. In that context, many gas investing companies have been forced to revise their 2020 capex investment budget by approximately 25% in comparison to the investment plans that had earlier been sketched for the entire year. For instance, Royal Dutch Shell announced that they plan to slash the oil and gas assets by up to US$22 billion [2], or ExxonMobil plans to reduce its 2020 capex by 30% to US$23 billion [3].

Nobody expected at the beginning of the crisis that this phenomenon could spread with such an alarming speed and cause economic activities to come to a near standstill. The trade-off between society’s health and economic growth through imposing restrictive health measures has already brought global investment to its knees by having immediate effects and lasting consequences. In response, policymakers have issued investment plans to incentivise foreign and domestic investments during this harsh time, and also to protect ongoing projects from any progressive collapse.

The number of factors that were not predictable at the beginning of the year influenced the investment decline, including global economic stress, practical barriers on the way to projects implementations, and problems that occurred across the supply chains such as interruption and delays that resulted mainly due to the pandemic.

The investment opportunities in the gas industry are shaped by upstream activities and trade infrastructure including liquefaction, pipeline, and regasification as midstream. Prior to 2020, the historical upstream investment between 2010 and 2019 was nearly US$800 billion worldwide, indicating a tremendous accumulative increase of 78% compared to the investment volume during the 2000s. A further US$310 billion investment was made on gas transportation and trade infrastructure between 2010 and 2019, showing an increase of 67% compared to the investment made between 2000 and 2009.

One of the key factors that explain the dramatic growth in global gas investment during the 2010s, was the U.S.’ ambitious production plans of shale gas from unconventional resources. In 2012, the U.S. outpaced Russia for the first time since 1982 in gas production due to intensive investment in shale gas exploration and production. Between 2012 and 2019, around US$510 billion investment was made in upstream gas activities in the North American region, representing 64% of global upstream investments in the past decade.

The current pandemic crisis is not an emerging challenge for the energy sector investment, as this sector has already experienced another chaotic situation in 2008 when the financial crisis drove down energy investments considerably worldwide. Though, for the second time in this century, the gas industry is experiencing a muddled situation in the 2020 pandemic, which is much larger and widespread than the one that happened in 2008.

It is apparent that the effect of the pandemic on gas investment is significant in the short-run (2020-2022), due to two intertwined issues:

First, there are concerns raised by investors regarding the level of gas demand. Thus far, the pandemic has had an abrupt shock on the worldwide economy which has shrunk demand for natural gas. Currently, the uncertainty regarding when the pandemic will end is fuelling investors’ hesitation for supporting new projects.

The second issue focusses around natural gas prices, which are already lower compared to the pre-crisis period along with oversupplied gas markets. The risk of storage levels nearing capacity may even cause negative prices due to uncoordinated responses from sellers, traders, and other middleman suppliers. There are signals coming from the European gas storage inventory that oversupply may hit the capacity and substantially impact global gas market prices. That being said, according to the Gas Infrastructure Europe at the end of August 2020, the European gas storage was at 91.46% of capacity, compared to the five-year average at about 78% [5].

Although global investment on the gas markets have slowed down however, according to the GECF forecasts the long-term prospects for gas investment are promising, with some uncertainties:

Although the growth in demand drives an increase in gas investment, LNG development projects may be difficult to finance in the same way as was common before the current crisis due to prospective market changes. It is less likely that in the coming decades LNG projects will be financed by project-level debt (e.g. Canada LNG) which requires long-term sales and purchase agreements [6]. This will increase offtake capacity agreements to secure LNG investment in the short- or medium-term.

To summarise, regardless of the financing structure changes due to market uncertainties, the GECF sees that the level of investment in upstream and midstream activities is expected to grow in the medium-term (2020-2030) and long-term (2020-2050) by over US$4,700 billion and US$8,900 billion, respectively.

According to the GECF Secretariat and based on the latest autumn update of its Global Gas Model, world gas demand will increase to more than 5,800 bcm in 2050 [4]. An era of diminished investment on natural gas value chain will create a shortfall in production levels, and hence more cooperation is needed to support investments through the entire gas value chain to meet rising demand.