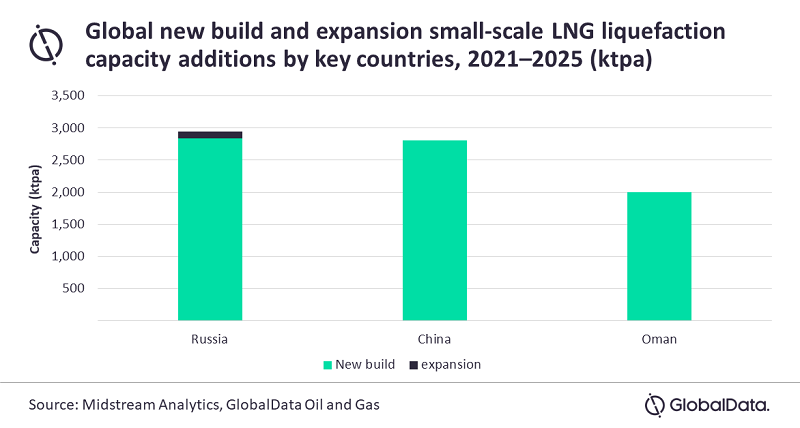 Bhargavi Gandham, Oil and Gas Analyst at GlobalData, comments: “In Russia, 16 new build small-scale LNG liquefaction projects are likely to start operations by 2025. Out of these, three are planned with identified development plans and the remaining 13 are early-stage announced projects. Portovaya is the largest upcoming project in the country with a capacity of 1,500 ktpa.

“Russia is adding significant small-scale LNG capacity to meet the growing domestic demand, such as for powering locomotives and exports to countries such as Poland.”

Oman is expected to add third largest small-scale LNG liquefaction capacity additions globally with 2,000 ktpa by 2025. Among the new build projects, Port of Sohar and Oman III are the largest, each with a capacity of 1,000 ktpa. Both the terminals are expected to start operations in 2024 and 2023, respectively.”