The company’s report, ‘Global Capacity and Capital Expenditure Outlook for Underground Gas Storage to 2025’, reveals that Russia is expected to add planned working gas capacity additions of 634 billion cubic feet (bcf) by 2025, while announced projects account for the remaining 179 bcf. 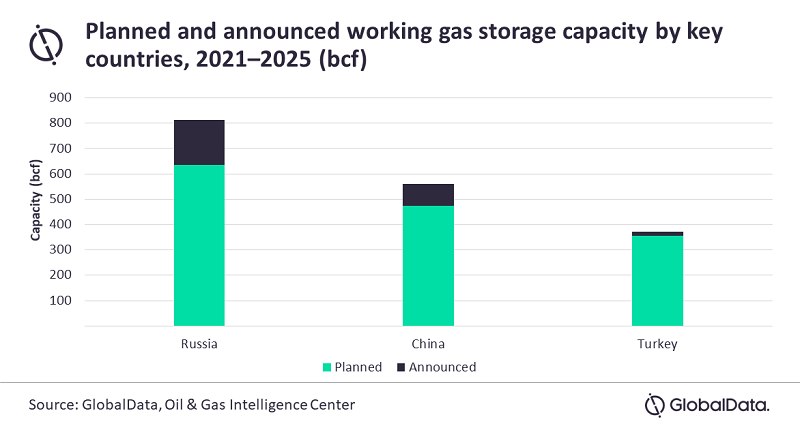 Bhargavi Gandham, Oil and Gas Analyst at GlobalData, comments: “In Russia, nine planned and announced projects are likely to start operations during 2021-2025 to meet growing peak demand in the autumn/winter season. Stepnovskoe II is the largest upcoming project in the country with a capacity of 198.8 bcf by 2025. Bednodemyanovskoye I and Kanchurinsko-Musinsky Complex II are the other major projects with capacities of 177 bcf and 167 bcf, respectively.”