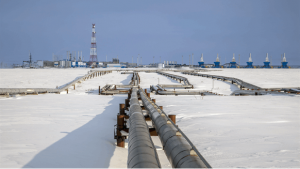 Sochi, Russia — Russian President Vladimir Putin on Monday formally launched the start of natural gas supplies to China via the Power of Siberia pipeline, a move he said would help trade between the two countries reach $200 billion by 2024.

The pipeline was launched at a televised ceremony watched by Putin and China’s President Xi Jinping via video link.