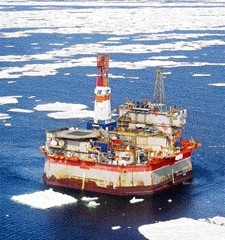 Russia’s oil industry, the world’s largest at 10.4 million barrels per day of production in 2012, is increasing reserves rapidly without much exploration, but more effort will be needed to keep replacing reserves at a rapid pace.

The oil industry has called for incentives such as those in place in rival producers like Norway to ensure reserves are in place to prevent a future decline.

Among the biggest obstacles to has been the uncertain returns for explorers. If finds are big enough, they can be deemed strategic and must be handed over to the state.

Natural Resources Minister Sergei Donskoy said the government was ready to review a draft law which would ensure large discoveries could be developed by their finders, Reuters reported.

“That is, the state would give guarantees to specific investors that a particular tract would not be seized,” Donskoy told a meeting with a business lobby where proposals on exploration incentives were discussed, according to the news wire.

The government has already promised to raise the bar on strategic rules for gold deposits, classifying them as federally significant if they contain 250,000 tonnes of gold instead of 50,000 tonnes previously.

“We also intend to work on lifting quantitative restrictions on oil, gas, copper and gold for distant regions,” Donskoy said. “Where there is no infrastructure … where there has been no exploration or no exploration for a long time and it must be stepped up, we will not deem fields to be significant at the federal level.”

Donskoy said the government could consider a direct role like the one it played in the Soviet era, when state-sponsored expeditions discovered the last century’s Russian super-giants, but a public-private partnership model would be more efficient.

Nikolai Levitsky, chief executive of Geotech Holding, a land seismic firm that is part of London-listed IGSS, proposed a rebate on mineral extraction tax to be spent on exploration.