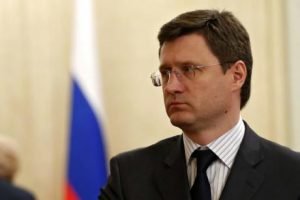 Moscow — Russia expects to use about 210 billion roubles ($3.3 billion) from its National Wealth Fund this year to pay back oil firms as part of a deal to keep down domestic gasoline and diesel prices, a senior finance ministry official said on Friday.

The government and oil firms agreed to cut wholesale domestic fuel prices last year as a temporary measure to keep a lid on petrol and diesel costs, a politically sensitive issue.

Under the deal, which runs from Nov. 1 until June 30, oil companies are allowed only to slowly increase petrol and diesel costs, which started to rise due to stronger global oil prices.

Russia is part of a global agreement to cut oil production aimed at propping up crude prices, a major source of state revenues. But that is hitting it back at home as the cost of gasoline is one of the key factors affecting inflation – and the central bank’s main policy rate.

Russia is using the National Wealth Fund (NWF) as a buffer against potential external shocks and to pay out pensions or support some important large projects at home. The spending rules are strict as the state wants to preserve the fund.

Sazanov said that for 2019 as a whole, the payout from the NWF to the oil firms was estimated at 210 billion roubles.

“If we are paying the cash, we want to get a quality service in return. This service should result in the fact that the consumer should see prices at the fuel filing stations based on levels we pay back to the oil companies,” Sazanov said.

Under a “fiscal rule”, any revenue from oil prices higher than $40 per barrel goes into the NWF, which is part of Russia’s gold and foreign exchange reserves, held by the central bank.

The NWF currently stands at $59 billion and is expected to quadruple to over $200 billion, or 12 percent of gross domestic product, in 2021.