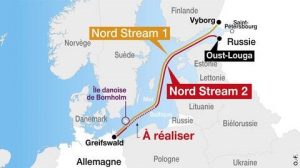 London — Nominations for Russian gas flows into Slovakia from Ukraine via the Velke Kapusany border point were steady on Thursday, while flows via the Nord Stream 1 pipeline remained shut off due to maintenance.

Russian gas producer Gazprom said its supply of gas to Europe through Ukraine via the Sudzha entry point was seen at 41.9 million cubic metres (mcm) on Friday, compared to 41.6 mcm a day earlier.

An application to supply gas via the Sokhranovka entry point was rejected by Ukraine, Gazprom said.

Exit flows at the Mallnow metering point on the German border stood at around 3,750,000 kWh/h versus levels around 3,300,000 kWh/h for much of the previous day.