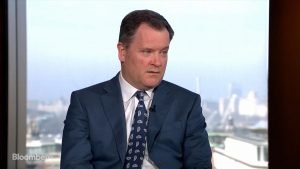 Larger corporates such as Western banks and insurance companies will not participate in the trades unless there is absolute clarity that the price of the contract is below the price cap, Hardy said at the FT Commodities Asia Summit in Singapore.

So the challenge of redirecting leftover Russian oil that typically goes into Europe will be in the hands of smaller companies that do not operate in G7 nations, he said.

The European Union expects to have regulations ready in time for the planned introduction of the cap on Dec. 5.

Since regulations for the price cap will apply to the provision of financial services for the trade, Hardy expects one alternative trading location to be Dubai, where companies can operate without being subject to the price cap.

Hardy said oil prices would still lean towards the downside until early 2023, as some customers had already covered their current requirements.

“I think there’s probably a little bit of price pressure in the short term,” because some buyers had built up their inventories in case of supply disruptions, he said.

Prices were likely to trend higher in the second half of 2023 amid a rebound in demand, he added.

Hardy estimated that Russia’s crude oil could be valued at around $60 a barrel and its products in a range of $300 to $700 a tonne following implementation of the price cap.

“People are saying (that for) this winter, we can afford to relax a little bit. I think it’s possibly too early for that.”

There was still potential for supply disruptions and problems with Russian pipelines, as well as uncertainty around the weather, he said.