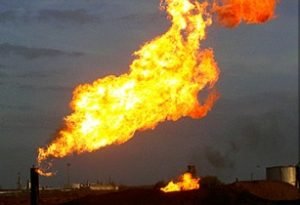 Moscow — Russian oil producers reduced gas flaring only slightly last year and failed to reach a targeted level by a large margin, hampered by a lack of necessary infrastructure at new oilfields, a draft government document seen by Reuters showed on Friday.

Flaring, or the combustion of gas generated by various processes in the oil industry, generates carbon dioxide emissions.

Climate change poses a series challenge for Russia, with the economy heavily reliant on oil and gas production, as well as mining, and the government is under pressure to cut emissions.

The draft document, outlining oil industry developments until 2035, showed that the utilisation of the associated petroleum gas (APG) oil companies produce as a byproduct of crude extraction, rose to 82.6% in 2020 from 81.5% in the previous year – well below the 95% target which was expected to be achieved in the mid-2010s.

The document cites lack of infrastructure needed to transport and utilise APG, as well as a number of incidents at refining facilities as the main reasons for the high level of gas flaring.

The World Bank found Russia, Iraq, the United States, and Iran accounted for 45% of all global gas flaring in 2017-2019.

Gas flaring rates dipped across most of the top 30 gas flaring countries in early 2020 due to the pandemic.

The Russian document shows Surgutneftegaz had the most success in containing gas flaring, with its APG utilsation rate rising to 99.5% last year. At Russian gas giant Gazprom , it stood at 98.9%, but was just 73.1% at energy major Rosneft.