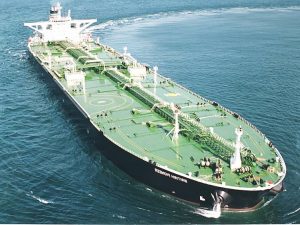 Beijing/Singapore — Saudi Arabia remained China’s top crude oil supplier for the ninth month in July but its crude arrivals fell 10% on the month, while Russian imports slipped by just 4%.

Shipments from Saudi Arabia totalled 6.69 million tonnes in July, or 1.58 million bpd (barrels per day), compared with June’s 1.75 million bpd, but was a quarter more than July last year, according to data from the General Administration of Customs in China.

Imports from Russia were 6.64 million tonnes last month, or about 1.56 million bpd, versus 1.62 million bpd in June.

China’s total crude oil imports last month tumbled almost 20% from a year ago as independent refiners faced tighter import quotas amid a government clampdown on trade of the permits.

Shipments of oil from Iran and Venezuela have been reported as originating from Malaysia after cargoes were transferred in Malaysian waters to avoid US sanctions, according to traders and tanker tracking specialist Vortexa Analytics.  Heavy crude from Venezuela was previously passed on as bitumen mix but that has dropped sharply after China began enforcing taxes on bitumen mix in June.

The official data recorded no arrivals from Iran and Venezuela.

Data also showed imports from the United Arab Emirates last month fell 46% from a year ago, indicating slower purchases of Iranian oil, some of which has been sold as having originated from the UAE.

Imports from Brazil remained subdued, at 2.43 million tonnes last month, down 47% from a year earlier.