*Novak, Al-Falih set the agenda, but other members must agree
*All 24 producers will gather for talks in Vienna in late June

27 May 2018, London — When Saudi Arabia and Russia announced a new policy to revive oil production last week, one thing was missing: most of the other partners in their grand coalition.

With oil supplies tightening and prices soaring, the two countries agreed to restore some of the output they halted as part of an accord with 22 other producers, drawn from the Organization of Petroleum Exporting Countries and beyond. The trouble is, most of those nations weren’t consulted and several may have cause to object to the proposal when they meet in Vienna next month.

“It might be a contentious meeting,” said Ed Morse, head of commodities research at Citigroup Inc. in New York.

The matter is particularly sensitive because Russia and the Saudis are proposing raising production to make up for losses from other members, notably a worsening slump in Venezuelan supply and a potential drop in Iran as renewed U.S. sanctions kick in. Those countries have nothing to gain from looser output caps, and plenty to lose if oil prices extend Friday’s steep decline. 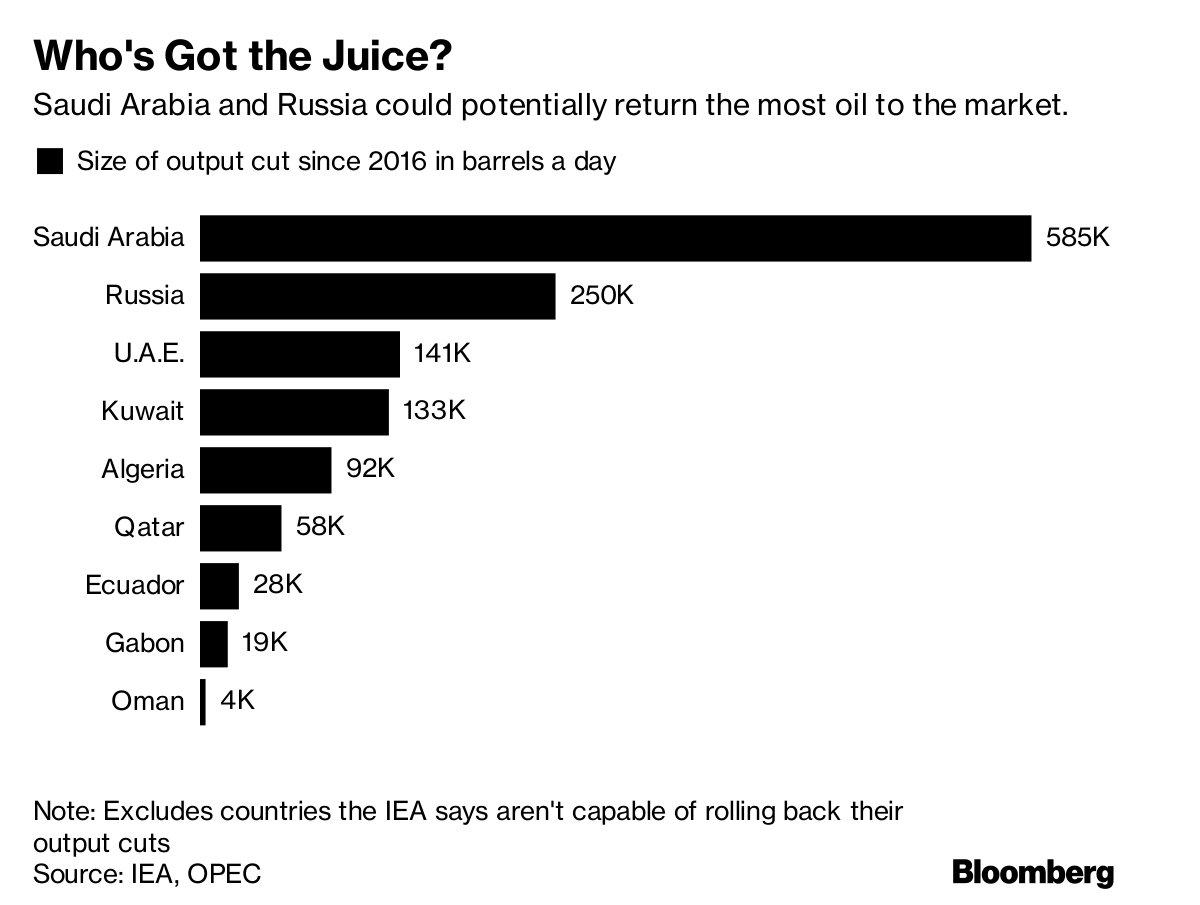 “No decisions made by two countries or three countries are going to be taken,” he said in an interview in St. Petersburg, Russia, on Friday after meeting with his Saudi and Russian counterparts. “We respect all the member countries.”

Saudi Arabia and Russia could simply go ahead with their plan without the blessing of their cohorts. Because they’re the only countries capable of increasing production significantly, the impact on the market would be almost as great if they chose to go it alone.

“If the rest are not on board, Saudi will do it alone, so it’s not much of a choice,” said Roger Diwan, an analyst at consultant IHS Markit Ltd. in Washington.

Yet the success of the 24-nation alliance that agreed the supply cuts seems to be valuable to the kingdom, and so they may prefer a more diplomatic route by seeking consensus. If so, it would be a tough sell.

Winners, Losers
Though they’re not always enforced, OPEC’s rules do require policy changes be approved by all members — many of which would lose out in this case. Outside the Arab members in the Persian Gulf, most countries aren’t able to boost supplies and would face lower revenue if prices slide further.

In Venezuela, which lobbied hard to set up the 2016 accord, output has plunged to the lowest level since the 1950s as a spiraling economic crisis batters its oil industry. Losing further earnings could accelerate its financial collapse.

Iran, a long-standing political antagonist of Saudi Arabia, faces the prospect of losing customers to its rival as renewed U.S. sanctions — imposed after President Donald Trump quit an agreement on the country’s nuclear program — force buyers to reduce purchases. 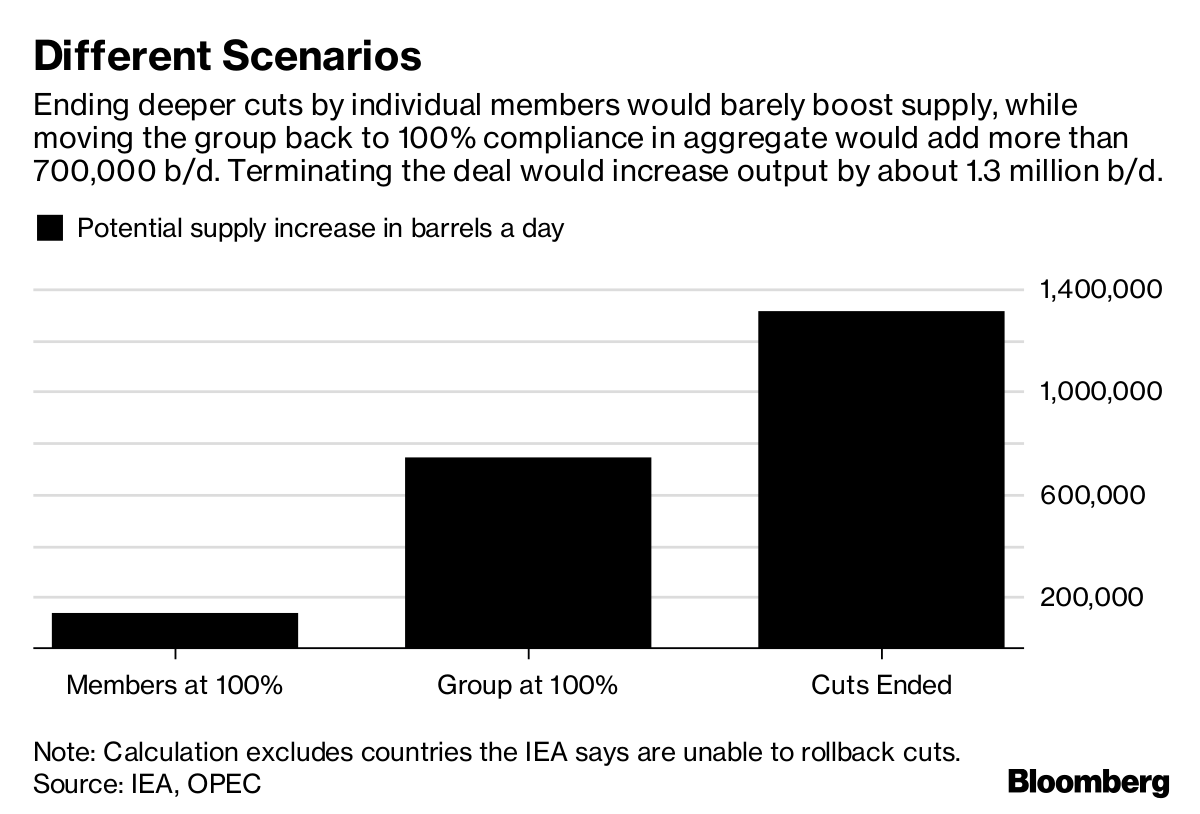 It could be that the production increases aren’t substantial enough to need much consultation within the group, according to Helima Croft, chief commodities analyst at RBC Capital Markets LLC. The lower end of the range the producers are discussing — a return to levels agreed at the outset of the deal — is just a few hundred thousand barrels a day above current output.

If history is any guide, OPEC’s other members will eventually line up behind Saudi Energy Minister Khalid Al-Falih. In June 2011, countries like Iran opposed the kingdom’s push to increase the organization’s production quota. At the group’s next meeting six months later, the Saudi proposal was adopted.

“I strongly believe that we will find a compromise, because all countries are interested in a stable market,” Russian Energy Minister Alexander Novak said in a Bloomberg television interview in St. Petersburg on Friday.