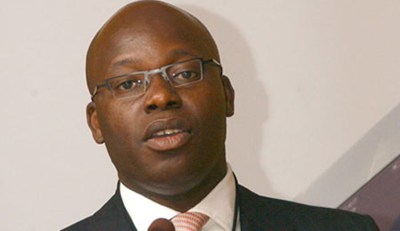 05 December 2017, Sweetcrude, Lagos – The Securities and Exchange Commission, SEC, has restated its determination to conducting a forensic audit of Oando Plc.

In a release on Tuesday, SEC said it would not allow infractions in the capital market.

According to the statement, the commission said a letter restating its unshaken commitment to the exercise has been sent to Oando also on Tuesday.

“The Securities and Exchange Commission has reiterated its decision to conduct a forensic exercise into the activities of Oando Plc.

“This commitment is contained in a letter dated December 5, 2017 addressed to Oando Plc.

“The commission wishes to assure the general public of its zero-tolerance to infractions in the Nigerian capital market,” the statement read.

This has led to the House of Representatives on Tuesday, resolving to probe the corruption allegation.

In a motion under matter of urgent public importance, Hon. Diri Duoye (Bayelsa, PDP), said there were allegations of interference by the Ministry of Finance in SEC’s discharge of its responsibilities, particularly with reference to the Oando forensic audit, which was largely responsible for Gwarzo’s suspension..

“What’s happening in SEC is symptomatic of the collapse of the capital market. I wouldn’t know why infractions should be swept under the carpet.

“The Nigerian people should be told why the infractions of Oando would be swept under the carpet.

“Nigerians should know why the minister could not be investigated.

“Nigerians should know why the SEC DG was suspended. A total panel of inquiry is needed in SEC,” he said.