Secretary General of the GECF to deliver gas lecture

Doha, QATAR – The Gas Exporting Countries Forum (GECF), the global platform of the leading gas producing nations, has announced the season-opener of its prestigious Gas Lecture Series, with the first lecture in 2021 taking place on Monday, 1 March at 11:00 a.m. Doha time. 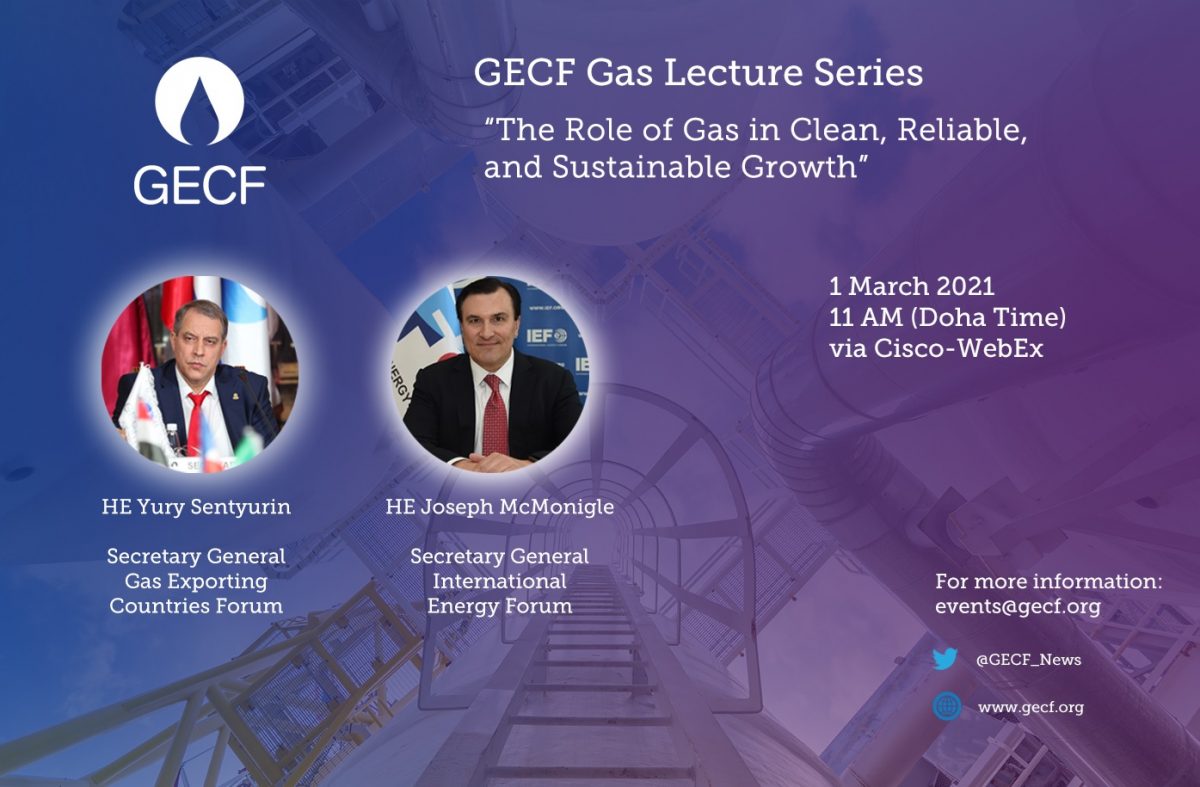 The lecture will be delivered by HE Joseph McMonigle, the Secretary General of the International Energy Forum (IEF), on the topic of ‘The Role of Gas in Clean, Reliable, and Sustainable Growth’.

A 20-year veteran of the energy industry in the public and private sectors, HE McMonigle took the helm of the IEF in July 2020. Prior to becoming Secretary General, he was the President and Co-Founder of The Abraham Group, a leading international energy sector management consulting firm based in Washington D.C. as well as a senior energy analyst for Hedgeye Risk Management based in Stamford, Connecticut, U.S.

Previously, HE McMonigle was Chief of Staff at the U.S. Department of Energy (DOE) during the first term of President Bush’s Administration (2001-2005). He also served two years as the former Vice Chairman and U.S. Representative of the Paris-based International Energy Agency (IEA). He also served as the U.S. co-chair of the US-China Energy Working Group as part of his DOE portfolio.

Riyadh-based IEF is the world’s largest international organisation of energy ministers from 70 countries, including both energy producing and consuming nations. The GECF and IEF enjoy a longstanding history of collaboration dating back to 2010.

This will be the 49th lecture in the GECF Gas Lecture Series. The GECF lectures, and workshops and other public events, feature policymakers and experts who share their knowledge and insights on contemporary issues related to the gas industry and its relationship with geopolitics, economy, and climate change. These activities form part of the GECF’s long-term strategy to promote natural gas as the fuel of choice for sustainable development.