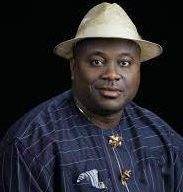 Lagos — Implementation of the Petroleum Industry Act will start this week, according to the Senate.

The Chairman, Senate Committee on Petroleum Resources (Upstream), Senator Bassey Akpan, disclosed that implementation would commence as soon as it confirms appointment of the nominees for the two regulatory agencies created by the new law for the oil and gas sector in the country this week.

According to him, nominees, who would be screened by the Petroleum Resources committee (Upstream and Downstream) on Tuesday, would be confirmed by the Senate at plenary on Wednesday.

President Muhammadu Buhari had, in a letter dated September 16, requested the upper chamber to confirm board members for the Upstream Regulatory Commission and the Nigerian Midstream and Downstream Petroleum Regulatory Authority.

Akpan added that the Ministry of Petroleum Resources had also concluded arrangements for a comprehensive stakeholders’ meeting as part of plans for the full implementation of the PIA.