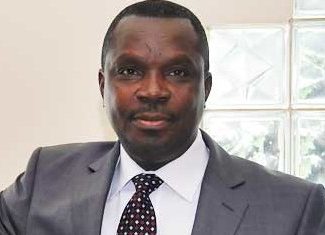 Lagos — The Board of Directors of Seplat Energy Plc on Thursday announced the termination of the appointment of the immediate past Managing Director/Chief Executive Officer, Mr Austin Avuru as a non-executive director.

According to the disclosure contained in a notification titled, ‘Change on the Board of Seplat Energy Plc’, issued by the oil firm to the Nigerian Exchange (NGX) Limited and signed by its Director, Legal/Company Secretary, Mrs Edith Onwuchekwa, the notice takes effect from December 22, 2021.

It would be recall that on July 31, 2020, Austin Avuru, the Co-founder and Chief Executive Officer of Seplat Energy Plc, retired as CEO of the company, but still remain on the board as a Non-Executive Director.

The action, the board said was due to breaches of the company’s corporate governance policies and his fiduciary duties.

The notice said that the board had called for the resignation of Avuru as a director of Seplat Energy and then asked Platform Petroleum Limited to nominate another director for his replacement.

The notification from Seplat reads, ‘’The Board of Seplat Energy Plc., has announced the termination of the appointment of Mr Austin Avuru as a non-executive director on 22nd December, due to breaches of the company’s corporate governance policies and his fiduciary duties. The board has called for his resignation as a director of Seplat Energy.

“In line with Seplat Energy’s Memorandum and Articles of Association, Platform Petroleum Ltd. has been asked to nominate a candidate for his replacement on the board and a further announcement will be made in due course.’’