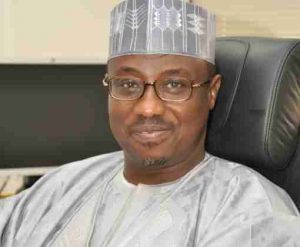 SERAP was responding to allegations made by the Minister of State for Petroleum Resources, Dr. Emmanuel Ibe Kachikwu against the NNPC GMD.

Kachikwu in a letter to President Buhari had claimed the NNPC GMD was sidelining him from important decisions in the agency. He also accused Baru of corruption and insubordination.

In a letter dated 5th October 2017 and signed by its executive director, Mr. Adetokunbo Mumuni, SERAP said, “The allegations against the NNPC GMD should not be taken lightly. Years of corruption in the NNPC which has been unattended to has led to consequences against the vulnerable groups of the society.”

It added that “The allegations by Dr. Kachikwu constitute grave breaches of the Corrupt Practices and Other Related Act of 2000; and the UN Convention Against Corruption (UNAC) which Nigeria recently ratified.

“In particular, the UN Convention Against Corruption imposes clear obligations on Nigeria to investigate allegations of corruption such as the present one; prosecute suspected perpetrators and ensure return and repatriation of proceeds of corruption,” it stated.

SERAP further noted the recent allegations of corruption against Mr Baru by Dr. Kachikwu, Minister of State of Petroleum and Chairman NNPC Board.