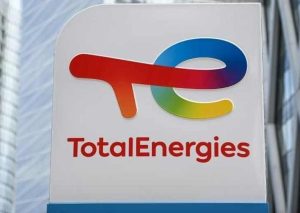 Deliveries and refining remain halted at the 240,000 barrel per day (bpd) Gonfreville refinery in Normandy because of the strike while blockages also continue at the La Mede, Feyzin and Cote d’Opal sites, said CGT union delegate Thierry Defresne.

“Refining is impacted, except at Donges, which is operating normally,” Defresne said.

A decision will be made this evening on whether to extend the Gonfreville strike, according to a CGT memo seen by Reuters.

The week-long CGT strike at TotalEnergies is part of wider action across the French energy sector as workers push for higher pay in the face of spiralling inflation and amid rising tensions between unions and the government over planned pensions reform.

The shutdowns will further strain supply of refined products in France, with more 60% of refining capacity – or 740,000 bpd – offline, Reuters calculations show.

A TotalEnergies spokesperson on Friday said the strikes would not cause a fuel shortage because the company has built up stocks and is importing regularly.

However, France’s largest sugar maker Tereos last week said it had to slow output slightly at some factories and TotalEnergies had said the strikes would prevent it from supplying diesel fuel until the end of the week.

Exxon Mobil has been forced to limit refined product supply to its customers within the terms of its supply contracts, a company spokesperson told Reuters last week.

“Our supply coordination team is working hard to resupply our terminals while ensuring that any available inventory is fairly allocated between our different customers,” an Exxon Mobil spokesperson said on Monday.

“(The union) will stand by the strikers as they organize and hold for the duration (of the strike),” the French industrial chemicals union FNIC-CGT said on its Facebook page, suggesting the blockage could continue.

Outages in France’s refining sector are creating uncertainty in refined oil trade amid a heavy oil refinery maintenance season in Europe this autumn.