Shale slowdown may take 2mb/d of U.S. crude off the market 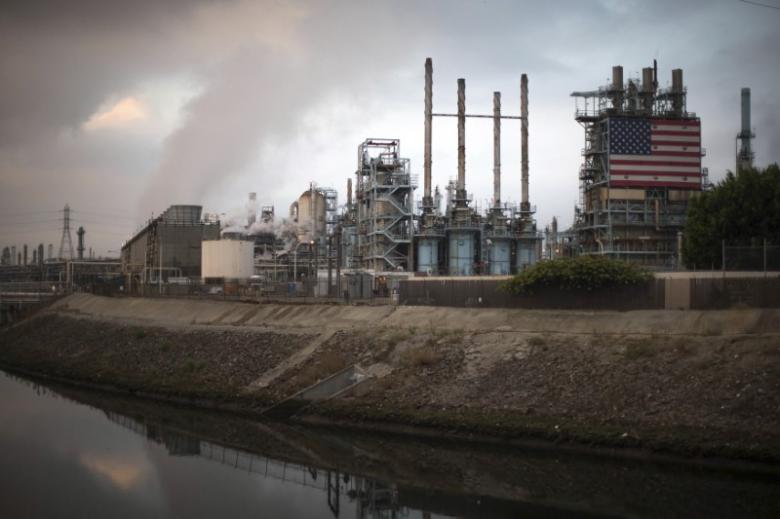 DENVER — American shale explorers are rapidly crimping production in the country’s most prolific oil fields as the worst price crash in history threatens the industry’s survival.

Three of the biggest oil explorers in the U.S. — Exxon Mobil Corp., Chevron Corp., and ConocoPhillips — plan to curb as much as 660,000 barrels a day of combined American output by the end of June. Across the county, crude production by all companies has already tumbled about 1 million barrels a day since mid-March, when OPEC and its allies clinched an historic deal to trim global supply.

It’s too soon to tell how long the reductions will last but if implemented for a full year, they would overshadow any previous American production slide going back to at least 1984. Moreover, the pull-back puts the U.S. on track to fulfill the Trump administration’s pledge to removing 2 million barrels of daily supplies through market attrition.

With the new reductions announced just two weeks after crude prices turned negative for the first time on record, resuscitating the market will come at a steep cost for an industry facing bankruptcies, job cuts and consolidation. For some explorers, austerity means slowing growth plans, while for others it means outright subtractions of oil volumes.

Almost 40% of oil and natural gas producers face insolvency within the year if crude prices remain near $30 a barrel, according to a survey by the Federal Reserve Bank of Kansas City. Production shut-ins aren’t just a U.S. phenomenon: wells are being turned off from Scandinavia to Brazil as crude producers wilt under the crash.

“You cut out what’s easiest to cut out. Right now that’s the Permian — you lay down the rigs, walk away and you can always come back to it,” said Mark Stoeckle, a Boston-based fund manager at Adams Funds with $2.1 billion of assets.

“It’s very different than other parts of the world” where you have to deal with production sharing agreements, government partners, tougher employment laws.

Producers are cutting back more quickly than anyone foresaw as prices sink below break-even levels of even the most efficient explorers. In North Dakota, firms have shut in roughly one-third of the state’s oil production, with more than 40% of that reduction coming from a single company: Continental Resources Inc.

In the past seven weeks, more than half of the American rig fleet has gone quiet, with the Permian Basin of West Texas and New Mexico accounting for 56% of the shutdown, according to Baker Hughes Co. data.

Supermajors such as Exxon and Chevron — latecomers to the shale revolution — are better positioned than most producers to weather the storm, even as their own budgets take a hit.

In The Ground. While Exxon on Friday posted its first loss in at least three decades and Chevron slashed $2 billion off its spending plan, the companies have the capital to taper shale production until prices make a comeback.

Exxon, which plans to curb about 100,000 barrels a day of Permian production during the current quarter, will focus on shutting younger, highly productive wells first. In a sense, the company is using the rocks surrounding those untapped wells as de facto storage.

Chevron is chopping 125,000 barrels a day from its targeted exit rate for the Permian region this year and idling all but five drilling rigs, Chief Executive Officer Mike Wirth told Bloomberg TV. The company is aiming half its worldwide cuts at U.S. fields. The rest will occur as part of its host nations’ OPEC+ commitments, according to Chief Financial Officer Pierre Breber.

“You can think of the U.S. as choices that we’re making to balance cash flow and long-term value,” Breber said. “Outside the U.S. you can think of it as OPEC+ agreements.”

ConocoPhillips plans to cut even more deeply, curtailing worldwide production by 420,000 net barrels a day in June. That equates to about a third of Conoco’s first-quarter output. About 360,000 of those reductions will occur in U.S. fields.

Independent Permian shale producer Concho Resources Inc. has already shut in about 4% to 5% of total output, and expects to keep its full-year production for the year around last year’s level. So far, most of the wells that have been shut were higher-cost, vertical wells, but Concho said future curtailments will likely include some horizontal ones — industry shorthand for shale.

While the supply curbs seem to have put a floor under oil prices, with the U.S. benchmark on Friday posting its first weekly gain in in a month, a sustained recovery will rely on even deeper cuts. If prices stay at their current level, hovering around $20 a barrel, shut-ins across the U.S. could reach 2 million barrels a day by June, according to Elisabeth Murphy, an analyst at consultant ESAI Energy.