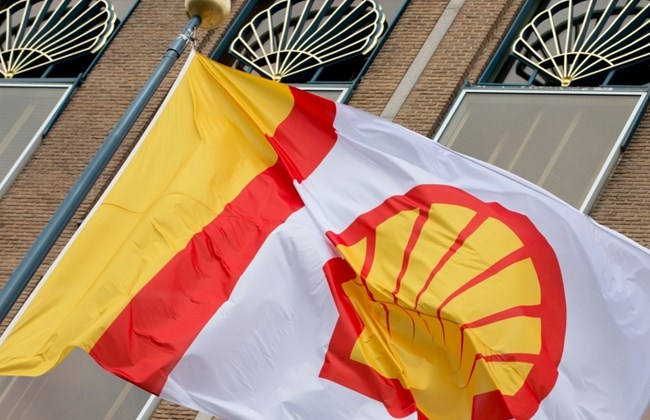 *A Shell flag fluttering in the wind.

22 November 2017, Sweetcrude, Houston, Texas – Some Nigeria’s oil services providers and owners of fabrication yards have alleged a breach of the Nigeria Content Act in the Shell Petroleum Development Company, SPDC’s, award of a $600 million contract to Enerflex, a Canadian firm.

According to the services providers, there is in-country capacity for the contract awarded to Enerflex for the fabrication of specialist gas process modules, including compressors for development of the Assa North/Ohaji South project in Imo State.

They noted the dearth of oil industry projects and the resulted mass lay-off from their fabrication yards, insisting that the contract award by Shell to Enerflex was not acceptable.

When contacted, Mr. Simbi Wabote, the Executive Secretary of the Nigerian Content Development and Monitoring Board, NCDMB, disclosed that the Board was aware and that support was granted in principle.

“NNPC/NAPIMS and the SPDC gave a justification on why the package unit will have to be imported from the Original Equipment Manufacturer in a bit for them to meet the timeline for gas as requested of them by the federal government.

“We gave our approval in principle and requested them to also put in place a Capacity Development Initiative, CDI, of equivalent proportion which discussions are ongoing,” he explained.

Reacting to the story, Mr. Precious Okolobo, the Media Manager of the SPDC, disclosed that “only specialist gas process modules, such as compressors, for which there is no current proven in-country capacity, will be packaged outside Nigeria”.

He said foreign companies are required to work with local representatives as mandated by the NCDMB, adding that “we cannot discuss specific contract details because these are commercially sensitive transactions”.

Shell explains award, reiterates commitment
“The Shell Petroleum Development Company of Nigeria Ltd (SPDC) is working with key stakeholders including partners and regulators in compliance with the requirements of the law, as it implements the Assa North/Ohaji South project in Imo State.

“The Federal Government plans to achieve increased and stable gas supply to the domestic market and the power industry by 2019, and the Assa North/Ohaji South project is one of the initiatives that will enable the government to achieve this objective.

“To achieve the project schedule, SPDC is working on a fast-tracked implementation strategy with the Nigerian Content Development and Monitoring Board (NCDMB) and other agencies for contracts and fabrication to be tendered in Nigeria.

“The Assa North/Ohaji South project has the potential to supply 600 million standard cubic feet per day. SPDC looks to further embed Nigerian Content development in its business during implementation of this project. Shell Companies in Nigeria are continuing to partner with Nigerian suppliers and businesses to provide more goods and services in their operations. For example, in 2016 alone, Shell Companies in Nigeria awarded 94% of their total number of contracts to Nigerian companies amounting to $0.74 billion,” the Shell spokesman disclosed exclusively to SweetcrudeReports.