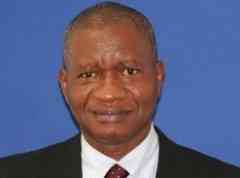 Onyejekwe gave the assurance on Thursday in Ikeja during a courtesy visit to Gov. Babatunde Fashola of Lagos.

According to him, SNEPCO is rather seeking more investment opportunities in Nigeria’s oil and gas sector because it is a key player in the country’s economy.

The managing director led a team of SNEPCO management to Fashola to seek possible areas of collaboration with the state government.

“Our investment plan in Nigeria is long term. Since the discovery of oil 120 km offshore Bonga in 1995, we have contributed to the development of the Nigerian economy, and we seek to do more,” he said.

Onyejekwe said that although the company was 100 percent a Shell subsidiary, it had always promoted the Nigerian content policy as a significant number of its facilities were constructed by Nigerians.

The managing director said that the company was fulfilling its corporate and social responsibility obligations to its host communities including Lagos.

He said that apart from regularly paying about N18.6 billion annual tax to the Lagos State Government, SNEPCO had undertaken some development projects in the state.

The managing director listed some of the projects as gas supply to the 50 megawatts gas plant at Marina, a N200 million support for the state fire station at Ajele and infrastructure development on about 300 acres of land in Lekki.

He added the company was planning to construct a multi million naira e-library in Surulere.
Onyejekwe thanked the government for creating a conducive environment for SNEPCO to operate successfully.

He pledged continued commitment to the development of the state.

Responding, Fashola thanked SNEPCO for making Lagos an investment destination choice as well as improving the lives of the residents through its social responsibility activities.

The governor restated the government’s commitment to providing an enabling environment for investments to thrive.

“It is when investments thrive that the economy would grow and people’s lives will be enhanced,” he said.