A non-binding resolution submitted by Shell with the support of a large group of investors to vote on its recently unveiled climate strategy won 88.74% shareholder support at its annual general meeting (AGM) which was held online. 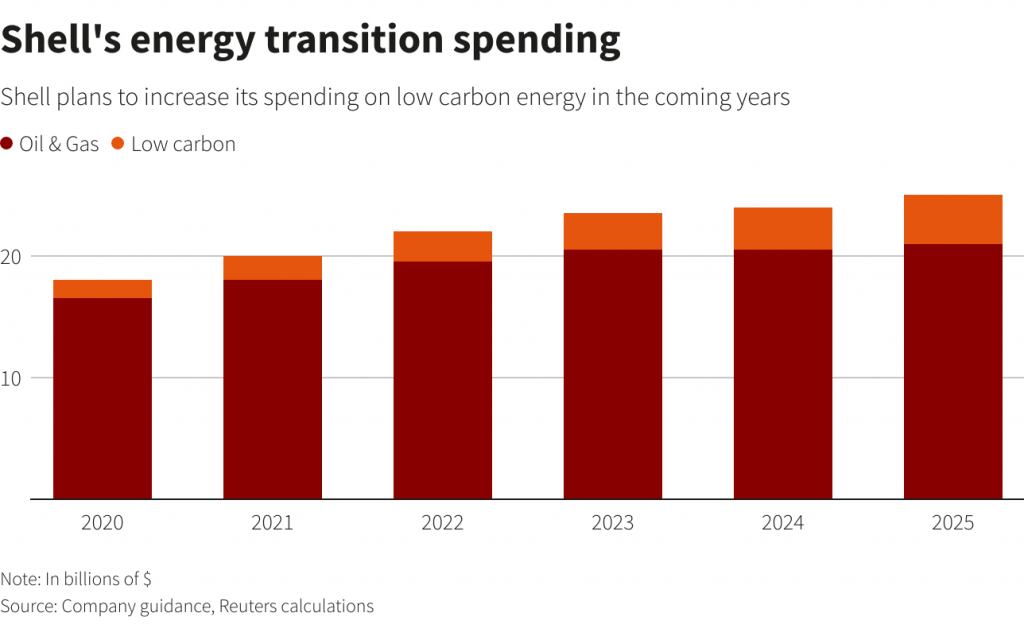 The plan, announced in February, aims to reduce planet-warming carbon emissions to net zero by 2050 by slowly reducing oil and gas output, growing its renewables and low-carbon business and offsetting emissions through carbon capturing technologies and measures such as forestation. nL1N2KH0LV]

Shell CEO Ben Van Beurden said at the AGM that the strategy, which will be updated every three years, was “comprehensive… rigorous and… ambitious.”

The vote comes on the same day the International Energy Agency (IEA) said investors should halt funding for new oil, gas and coal supply projects if the world wants to reach net zero emissions by 2050.

Shell plans to grow its investment in low-carbon in the coming years, but at least 75% of its spending will continue to go towards oil and gas.

ABSOLUTE REDUCTION
A second resolution filed by activist group Follow This urging the Anglo-Dutch company to set “inspirational” targets to battle greenhouse gas emissions, was rejected by 69.53% of the votes, according to a tally of most votes.

Still, the nearly one-third of votes supporting the resolution, which Shell’s board urged shareholders to reject, is a sharp increase from last year’s vote where a similar resolution won 14.4% support.

Several investors, proxy advisories and activist groups including Follow This have criticised Shell for setting intensity-based carbon reduction targets, which allow Shell in theory to grow its emissions, rather than absolute reduction targets.

Shell CEO Ben van Beurden however said setting absolute reduction targets would mean Shell will have to unwind its oil and gas business, which would be replaced by other producers.

Follow This director Mark van Baal told Reuters the vote “tells the board that investors don’t accept long-term targets without short and medium-term targets. You need to decrease emissions dramatically and shift investments dramatically in the next decade.”

In a statement following the vote, the Church of England Pension Board, which led the investor talks with Shell on its strategy, welcomed the support for the plan and also urged Shell to set short and medium-term targets to reduce emissions in absolute terms.

Adam Matthews, Director of Ethics & Engagement for the Church of England Pensions Board said at the AGM that if Shell doesn’t meet its 2023 targets the fund would divest its stake in Shell.