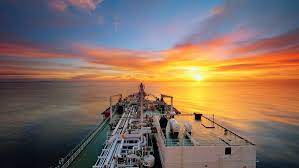 Shell does not disclose its trading results and often uses general terms to describe trading conditions.

The pre-tax loss of around $900 million in its LNG trading offers rare insight into its trading operations that can also sharply boost the group’s earnings.

The loss was a result of a wrong bet on the difference between benchmark Asian and European gas prices over the summer months, according to the three sources.

Shell’s LNG trading performance contrasts with rivals BP and TotalEnergies (TTEF.PA) which both reported strong earnings from their trading divisions in the quarter, without providing details.

The rally in European prices far outpaced Asian prices, leading to a collapse in the spread between the two benchmarks.

Asia has historically set the highest LNG prices in order to attract supplies during the summer months to allow countries like Japan and China to refill storages ahead of winter.

But the paper bets badly backfired in the third quarter.

“Due to a breakdown in correlations, some hedges were less effective. LNG trading and optimization were also impacted by a combination of seasonality and supply constraints where the business is geared towards supplying the Northern Hemisphere during the winter.”

Gorman added that for the first three quarters of 2022, LNG trading results were higher than the same period a year earlier.

Asian prices have been weakened by muted Chinese demand since the start of the year due to covid and slow economic growth.

LNG prices in Europe have been benchmarked against the TTF Dutch gas prices for years and the European Union is exploring alternative benchmark after the drop in Russian pipeline supplies.