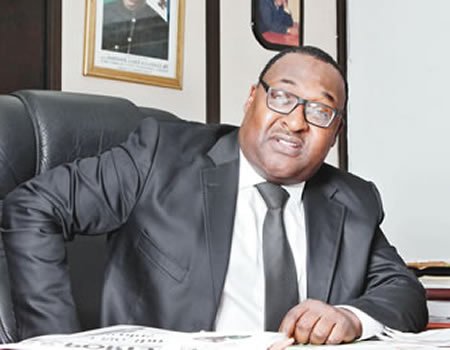 Lagos — The Nigerian Shippers’ Council, NSC, has recovered N34,977,741.67, and $500,000 (about N180 million), through its mediation in 116 trade related and other complaints lodged before it between January and September last year.

A breakdown of the complaints lodged and resolved by the Council during the period, indicated that 23 complaints were received in the first quarter; 52 in the second quarter and 41 in the third quarter.

On the types of complaints that were lodged, 34 have to do with demurrage/deposit refund, 26 were on arbitrary charges, 15 on storage charges, eight on export related issues, seven are on trade disputes, six on import related matters, another six on delay in transfer of container, four on missing cargo and another four on delay in shipping/terminal release/ delivery order, while three are on delivery and another three on wrong documentation.

Also, out of the number of complaints that were received, 59 were from shipping companies, 24 from terminal operators, eight from exporters, six apiece from importers and agents, three from consolidators, two from Federal Government agencies, two also from haulage companies and one each from stevedoring firms and State Governments.

However, to guard against such complaints, the Executive Secretary/ Chief Executive of NSC, Mr Hassan Bello, advised shippers to ensure that they are above board at all times in their documentation, and report any observed infraction along the importation and goods clearing chain to the Council for prompt action.

He also counselled shipping companies and other services providers in the maritime sector to ensure that, all their cost elements are transparent and tied to services rendered, adding that they must always gauge the feelings of their stakeholders, meet with them, formally and at intervals to share information. According to him, service providers must know that a fraction of increment on cost of doing business affects the economy.

It was reliably gathered that the Council, particularly under the current management, has been performing this mediatory function in line with its mandate to provide a balance between providers and consumers of shipping services, to facilitate trade and check a transfer of costs associated with losses by importers to consumers.

The Council has been advising stakeholders on contemporary issues in the transport industry as well as the Federal Government on policy formulation and implementation as it affects the marine and transport sector, thus ensuring that the maritime industry increases its contributions to the economy.

Apart from mediation, other areas in which the Council has been contributing to the Nigerian economic development include ensuring Ports patronage, curbing arbitrary charges, proffering solutions to traffic gridlock around the Apapa ports, paving way for fast clearing of goods, reduction of tariff in seaport sector by 40 per cent, facilitating trade, planning cancellation of container deposits, building infrastructure for the economy , and acting as an enabler for the establishment of Dry Ports and Truck Transit Parks (TTPs) among others.