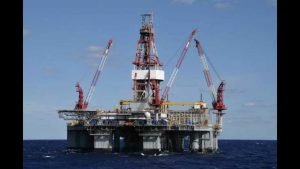 New York — The largest banking lenders to the U.S. oil and gas sector are becoming more cautious, marking down their expectations for oil and gas prices that underpin loans in a move expected to put further financial stress on struggling producers, industry and banking sources said.

Major banks including JPMorgan Chase, Wells Fargo , and Royal Bank of Canada have, as part of regular biannual reviews, cut their estimated values for oil-and-gas companies’ reserves, which serve as the basis for those companies to receive reserve-based loans (RBLs), according to more than a dozen sources familiar with the activity.

While the size of the RBL market is unclear, it is estimated that a few hundred companies take such loans, with the cumulative size in the billions of dollars.

Those lenders have marked down the perceived value for both oil and natural gas for the coming five years, with the changes kicking in as early as this month.

Expected natural gas prices have been cut by around $0.50 per million British thermal units, about 20% below levels set in the spring. Industry sources are forecasting some firms face a 15% to 30% reduction in loan size as a result. Oil prices are expected to be about $1 to $2 lower than spring estimates.

“Some banks believe they have too much energy exposure and want to reduce some of this risk,” said Ian Rainbolt, vice president of finance at Warwick Energy, a private equity firm with upstream investments in Oklahoma and Texas.

That is a threat to smaller companies, which are already struggling to find other methods of financing – such as issuing stock or bonds – as investors grow restless with years of poor returns in the shale sector even as the United States has risen to become the world’s largest oil and gas producer. Investors are bracing for weak returns for the third quarter from shale producers due to lower oil and gas prices.

Companies heavily focused on natural gas drilling may be the most threatened. Banks are forecasting natural gas prices between $2 and $2.35 per million British thermal units for the next 12 months, and up to $2.50 at the end of the five-year term, all lower than in the spring.

“I expect the biggest issues to be with over-leveraged natural gas producers, especially those without firm transportation in geographically-disadvantaged areas,” said Brock Hudson, managing director at investment bank Carl Marks Advisors, who referenced companies in Appalachia, the Rockies and parts of Oklahoma.

Smaller RBLs can have huge consequences: Alta Mesa Resources, an Oklahoma-focused producer headed by former Anadarko Petroleum chairman Jim Hackett, filed for bankruptcy a month after its borrowing base was slashed by almost half in mid-August.

A number of banks, including JP Morgan, Wells Fargo, and Comerica Inc, declined to comment or did not respond to requests for comment.

Eight sources indicated larger banks have set their price decks, the industry term for the value they will ascribe to hydrocarbons behind the RBLs, with oil between $46 and $51 per barrel for the next five years.

There are fewer financing options available to help bridge the gap from lower RBLs. Just one U.S. producer, Contango Oil & Gas, has issued any new equity in 2019, while there has only been one high-yield bond offering by a shale producer since March, according to Refinitiv data.

Since 2018, the S&P 500 Energy Sector is the worst performing sector in the Standard & Poor’s 500, falling 18% against a 12.8% increase for the broader index, and many publicly-traded shale companies have done even worse.

Those facing lower loan guarantees also can not rely on selling unwanted assets to raise cash as mergers and acquisitions activity is at its lowest level in a decade. Profiting from further production is also difficult, as the number of active oil and gas rigs is at its lowest level since April 2017, according to Baker Hughes.

Scott Richardson, head of U.S. energy investment banking at RBC Capital Markets, said any uptick in bankruptcies would likely come from the SCOOP/STACK area of Oklahoma and the gas-heavy southern portion of Texas’ Midland Basin.