Sokoto to explore for oil 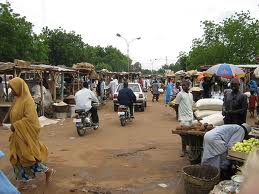 21 August 2012, Sweetcrude, SOKOTO — Sokoto State governor, Aliyu Wamakko, has announced plans by his government to explore for oil in the state, saying the plains of Sokoto through to Kebbi holds oil deposits.

Wamakko spoke when the Sultan of Sokoto, Sa’ad Abubakar, led district heads and other traditional title holders, including former President Shehu Shagari, to the Presidential Lodge, on a Sallah homage.

The governor, who spoke in Hausa, said: “Oil is the pride of some parts of the country. I want to inform you today (yesterday) that there are oil deposits on the plains of Sokoto State.

“We will intimate the Federal Government on the development with a view to exploring these deposits. At the state level, we shall put in everything we have towards actualising this.”