South Africa inflation dips to 7.2% y/y in December as forecast 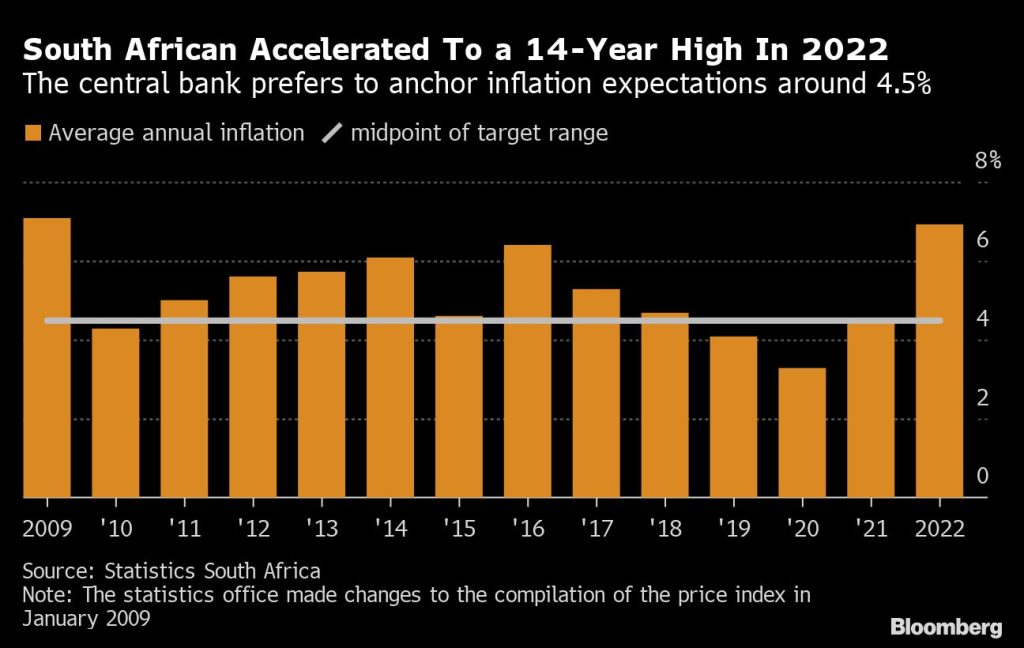 Price pressures have been gradually easing in Africa’s most industrialised economy, after inflation struck a 13-year high of 7.8% year on year in July.

The central bank, whose next rate-setting decision (ZAREPO=ECI) is due on Jan. 26, targets inflation of between 3% and 6%.

On a month-on-month basis, consumer inflation was at 0.4% in December compared to 0.3% in November. Analysts polled by Reuters had expected it to stay at 0.3%.

Core inflation, which excludes prices of food, non-alcoholic beverages, fuel and energy, was at 4.9% year on year in December, from 5.0% the previous month.

On a month-on-month basis core inflation was at 0.2% in December, compared to 0.1% in November.