South Africa: President to look into maintenance of power plants 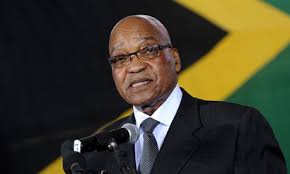 15 February 2015 – President Jacob Zuma says he will undertake a fact-finding mission to understand why power stations in the country, some of which have collapsed in recent times, have gone for long periods without being maintained properly.

Addressing a New Age Business Briefing on Friday morning, after delivering his State of the Nation Address in Parliament, the President said South Africa’s consumption demand had skyrocketed after 1994 because government had to connect millions of citizens to the electricity grid who had previously been excluded.

This, he said, meant the maintenance of the grid must be a priority.

“The demand has rocketed after 1994 and therefore undermined the capacity that we have and that is what we are dealing with.

“I can’t understand, as the President, why we should have power stations that are not serviced. You can’t have one power station failing after the other, and that is what I am going to look into as President,” he said.

When he took to the podium to deliver his speech on Thursday, the President revealed short, medium and long-term plans to deal with the energy challenges.

As part of the short-term measures, R23 billion has been allocated to the power utility to stabilise its finances.

While calling on citizens to use electricity sparingly, and also encouraging individuals and households to switch to gas, the President announced that government would pursue alternative energy sources, and detailed a comprehensive energy procurement plan.

Speaking on Friday, he reassured the nation that South Africa was not in an electricity crisis.

“We have got a plan. We have a challenge and we have got a solution. If you have a solution to deal with the problem, then you don’t have a crisis.”

SA not intolerant
Responding to questions from guests and television viewers, the President said the recent attacks on foreign-owned shops in Soweto was regrettable, and that while South Africa was generally not an intolerant country, more needed to be done to unite Africans across borders.

“We can’t have a situation where people have an attitude towards other Africans. I think we need to do more to educate people that we are one people, as people in the continent. We are just divided by borders. It is a matter that needs political understanding, tolerance,” he said.

Asked if the religious sector could play a role in social cohesion and dealing with violent public protests like in Malamulele, in Limpopo, the President said proposals to deal with the challenges were in the pipeline.

Regarding the burning down of state property during protests, President Zuma suggested that people might not have dealt with the trauma of apartheid.

“We had unlike many other countries a system in the country which was very racist and became very violent. That provoked a counter violence. That is when you had a problem with the authority, destroy and burn.

“We need to find a way to say authority is no longer an enemy. We have agreed with the religious leaders that we will meet and come up with proposals to deal with these issues. People have not dealt with the psychological trauma of [apartheid],” he said.

Disruptions to the SONA
Meanwhile, President Zuma said Parliament needed to take a stand against the onslaught on the rules of the House, referring to the disruptions that took place when members of the EFF had to be ejected from the National Assembly Chamber during the SONA due to unruly behaviour, and the DA staged a walk out.

“Political parties do have that understanding that the democracy allows heckling, but the Presiding Officer has the last word. I hope this country first and foremost understands that it takes a few people to make chaos.

“I was sitting there and thinking – this Parliament has a problem, and it is time for Parliament to stand up and deal with this matter. I think that the country must realise that in that party we have got a problem,” he said.
*SAnews.gov.za