Johannesburg — South Africa’s rand firmed on Tuesday after slumping to a 28-month low a day earlier as the U.S. dollar took a pause amid some appetite for riskier assets. 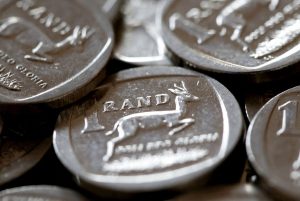 The U.S. dollar index, which measures the greenback against a basket of six major currencies, was last trading at 114.05, not far from a two-decade peak of 114.58 it hit on Monday.

Economists at ETM Analytics said in a note the rand’s value against the dollar will likely remain extremely volatile.

“In the more immediate future, however, market sentiment appears to be stabilising, with equities and EM currencies regaining their footing overnight,” ETM Analytics added.

Shares on the Johannesburg Stock Exchange rose, mirroring similar gains in global equities and helped by an uptick in global oil and gold prices as investors took stock after a softening in the dollar.