Westonaria, South Africa — A new solar power plant at Gold Fields‘ (GFIJ.J) South Deep mine near Johannesburg, will supply 24% of its electricity, the South African miner said on Thursday, adding they are also exploring wind power as companies across the country seek to curb their reliance on state power utility Eskom. 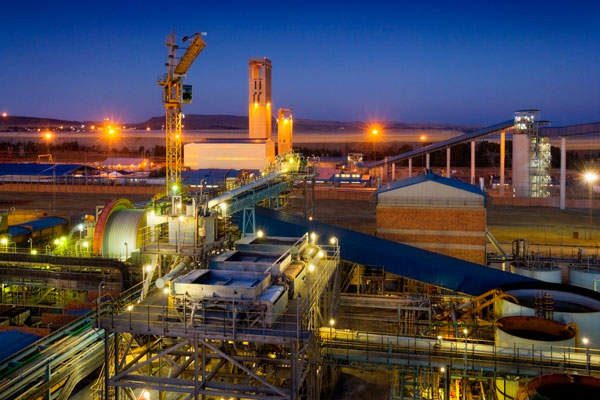 Mining companies in South Africa face an uphill struggle to deliver on emissions reduction targets as the electricity they source from the national grid is 80% coal-generated. Electricity accounts for 93% of South Deep’s carbon emissions and 10% of its annual costs.

Investing in renewables helps miners cut emissions and save money on power, as Eskom seeks to hike power tariffs by 32% next April. Eskom regularly implements rolling power cuts, termed “loadshedding,” as it struggles to meet demand.

Gold Fields spent around 715 million rand ($39.65 million) on the vast field of solar panels near South Deep. It is expected to save the mine 124 million rand a year and reduce its annual carbon emissions by 110,000 tonnes.

The solar plant will generate 103 gigawatt hours (GWh) of electricity a year, about a quarter of the mine’s annual power usage, and a Gold Fields executive said the mine has contacted Eskom about selling surplus power back into the grid.

“If there’s enough people doing 50 and 100 megawatt plants around the country, you can add five gigawatts of power into the system and there’s less loadshedding,” said Martin Preece, Gold Fields’ executive vice president for South Africa.

“We want to be part of the solution, not part of the problem,” said Preece who, like a rising number of South Africans, avoids blackouts at home thanks to solar power.

The solar plant should hit its generation peak of 50 megawatts within the next six weeks, Preece said. The start of the summer rains will help, washing off a layer of orange dust the panels have collected over a long dry winter.