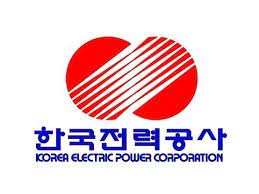 Seoul — South Korea will raise electricity prices for the first quarter of 2023 by 13.1 won per kilowatt-hour, a 9.5% increase that is the highest in four decades, its energy minister said on Friday, after a year of surging global energy prices.

The amount of increase for the second quarter and beyond will be decided after reviewing trends in global energy prices, domestic inflation conditions and financial standings of public enterprises, Minister Lee Chang-yang said.

“The Korea Electric Power Corp (KEPCO) is expected to post a deficit of more than 30 trillion won ($23.73 billion) this year, after a 6 trillion won deficit last year, due to a rise in global energy prices that had not been reflected in domestic prices in a timely manner,” Lee said. “Adjustments in electricity and gas prices are inevitable for the sustainability in energy supplies and to normalise the management of KEPCO and Korea Gas Corporation.”

The increase of 13.1 won for the first quarter is the biggest-ever quarterly increase since the current pricing system began in 2021, according to the KEPCO, the state-run electricity powerhouse. The rate of increase will be 9.5% on average, the fastest quarterly rise since 1980.

The government decided to hold gas prices for the first quarter, before reviewing an increase in the second quarter and thereafter.