South Sudan to offer oil blocks for licensing by Q1 2020 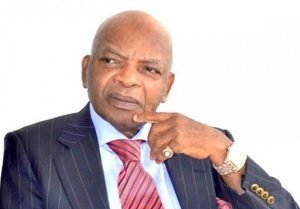 Juba — South Sudan plans to offer 14 oil blocks to exploration companies in a licensing round by the first quarter 2020, its oil minister said on Tuesday, switching from its previous method of direct negotiations with explorers.

The country gets almost all its revenue from oil and has boosted output, now at 180,000 barrels per day, as it struggles to rebuild its shattered economy after a five-year civil war.

“We are inviting all our investors that wanted to invest in South Sudan to come and move onto those blocks,” Awow Daniel Chuang, told an Africa Oil and Power conference.

“We are opening up the licensing rounds for everyone on a competitive basis and this is will help us to get the right partners, investors that can be easily verified because we don’t want to continue to have direct negotiations.”

The government says South Sudan’s oil at present comes from blocks 3,7 and blocks 1, 2 and 4.

Chuang said the blocks to be offered for licensing will be blocks A1 to A6 and at present data was being collected on them.

“Within the next two months, we should be able to complete the work … By the first quarter of 2020, we will be having our first licensing round,” he said.

There has been an pickup in foreign investment through oil and gas exploration companies including Oranto Petroleum, which signed a six-year exploration and production sharing agreement for block B3 in 2017.

In May, South Sudan and South Africa also signed an exploration and production sharing agreement for Block B2.