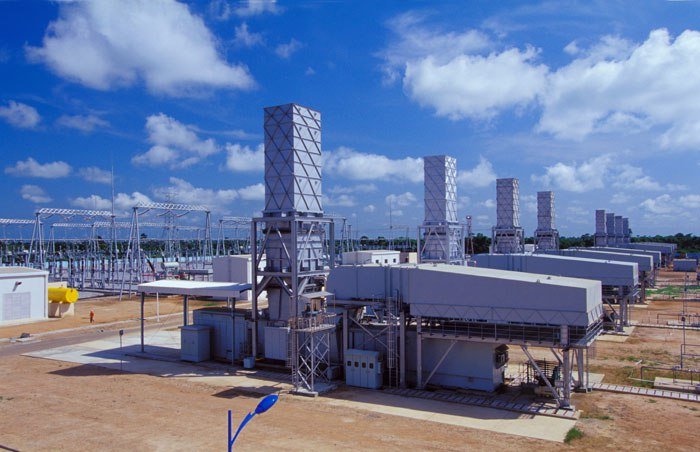 07 November 2018, Sweetcrude, Lagos — The promoter of Seistech Energy, Mr. Akpovi Oyo has threatened to institute legal action against SweetcrudeReports and other news publications over reports of its alleged attempt to defraud Sapele Power Plc, SPP, of N600 million for rental of two storage tanks.

In a related development, the Asaba Police Division which was mentioned as an alleged enabler of Seistech Energy has refused to respond to our inquiries

SweetcrudeReports had on November 4, published a report, http://sweetcrudereports.com/2018/11/04/sapele-power-alleges-police-bias-in-business-deal-with-seistech/, where SPP alleged Asaba police bias in the business agreement which later turned sour.

Rather than respond to our inquiry regarding his role in the saga, Mr. Akpovi Oyo demanded a retraction within seven days, adding that failure to do so will attract legal action.

In an email to SweetcrudeReportsaround midnight on Tuesday, Counsel to both Seistech and Mr. Akpovi, Mr. Fidel Albert, described the report as “acutely disparaging and libelous”.

“Our clients received your email below today. Incidentally, it was a red herring, since it was sent after you had widely disseminated your acutely disparaging and libelous publication on the internet. The fact of your sending this email after publishing the said false material to the whole world on the internet, is evidence enough of your mala fides.

“We would have you know that there is a contempt proceeding pending against Sapele Power PLC and its lawyers at the Federal High Court on this same issue, arising from similar conduct as yours in this instant. It is quite unfortunate that you have allowed yourself to be a willing tool of defamation in the hands of Sapele Power PLC against our clients, without the slightest diligence to verify the facts.

In the circumstance, we have been instructed to seek legal redress against you to the fullest extent, unless you fully retract your libelous publication within 7-days from the date of this email, and satisfactorily apologize to our client.

“We will send you a formal correspondence tomorrow. But notwithstanding, your deadline for retraction and apology commences today,” the email read.

SweetcrudeReports had also contacted Inspector Dickson Abere who refused to comment on the matter, saying he wanted to be left alone as he was not part of the team involved in the operation.

“…that is the duty of the PPRO of the Command, not me, please. And again, I was not the head of the team of detectives that handled the matter so, please, just leave me alone, please,” he pleaded in a text message.

How it all began
Sapele Power Plc, SPP, is the owner and operator of the 1,020MW Sapele Power Plant. During the power privatisation exercise, SPP, along with its assets which include two storage tanks and a jetty located within the power plant, was acquired by Eurafric Power Limited.

Sometime in 2016, Seistech Energy Limited, an oil and gas company, approached SPP for the lease of one of its storage tanks in the plant for storage of crude oil produced by Mid-Western Oil & Gas Company Limited. A Storage Lease Agreement dated September 6, 2016, was negotiated and executed.

Sapele Power says Seistech had now failed to meet the terms of the agreement and has resorted to intimidation, attempt to forcibly take over its facilities and threat to life, among others.

The company also alleges complicity of the Police in the matter for which it has petitioned the Inspector General of Police, asking that he puts a stop “to the use of the police to perpetuate illegality”.