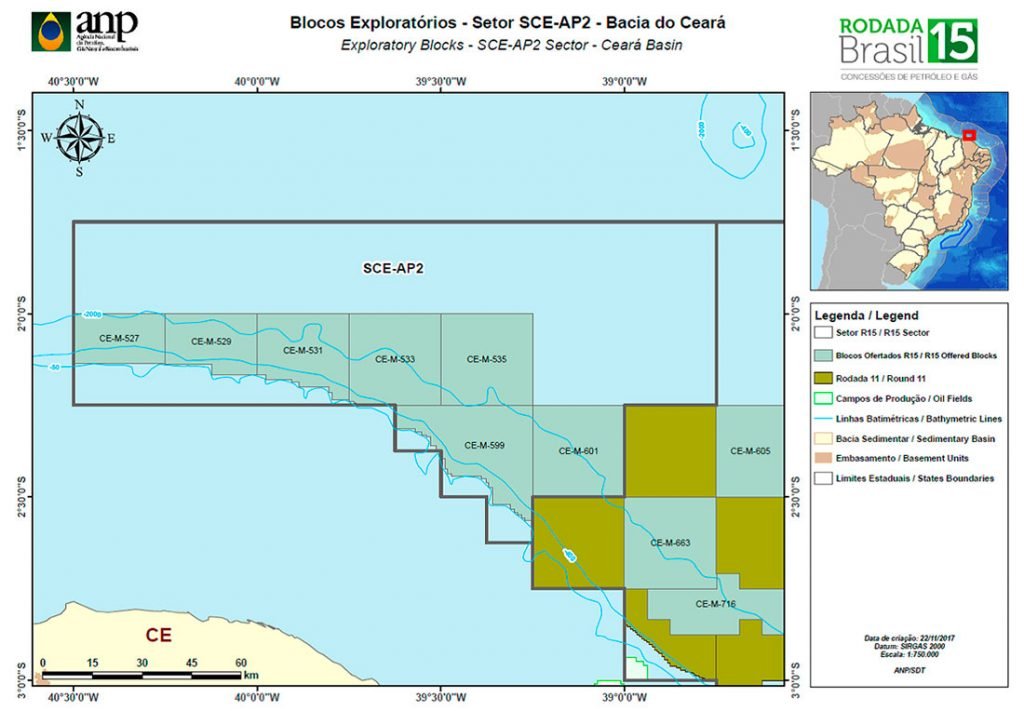 02 April 2018, Sweetcrude, Lagos — Statoil and partners were the high bidders for four blocks in the Campos basin in Brazil’s 15th licensing round held on 29 March.

With the new licenses, Statoil strengthens its position in Brazil and increases synergies with current projects.

The blocks will be operated by BP.

The award in Brazil’s 15th bidding round reinforces Statoil’s ambition of long-term growth in Brazil and strengthens the company’s position in the prolific Campos basin, where it operates the producing Peregrino field.

Other key projects located in Campos basin are the Petrobras operated Roncador field, where Statoil has a 25% interest, and BM-C-33, operated by Statoil and currently in the development phase.

“We are very pleased with the outcome of this round. We are looking forward to working with our partners to pursue these exciting exploration opportunities”, says Tim Dodson, executive vice president for Exploration in Statoil.

“This award is in line with Statoil’s exploration strategy to build on core positions in prolific and proven basins. Access to new quality acreage is an essential prerequisite for further value creation through exploration activities and for increasing Statoil’s international production level from core areas such as Brazil,” says Dodson.

“These are world-class assets in a country where Statoil has been present since 2001, with an experienced local organisation and deep understanding of local regulation”, says Statoil’s country manager in Brazil, Anders Opedal.

The blocks are situated in the southern part of the Campos basin, close to our operating position in BM-C-33 (Pão and Gavea), having the potential to capture synergies of scale from existing discoveries and operations in Brazil.

The 15th licensing round was conducted by National Agency of Petroleum, Natural Gas, and Biofuel (ANP).

The concession agreements from the 15th licensing round are scheduled to be signed up to 30 November.