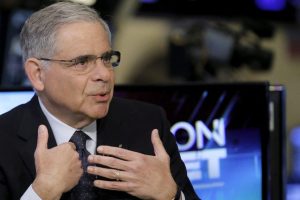 Houston — Stephen Chazen, who rose to the top of Occidental Petroleum during a lengthy career and after his retirement started and ran a Texas shale-oil producer, has died aged 76 after an illness.

Chazen was chief executive and chairman of Houston-based Magnolia Oil and Gas Corp, which he helped start in 2017 after leaving Occidental and ran until this week. Chazen, who early in his career was a finance executive, acquired shale properties and pledged to put cash flow above production.

Magnolia, which disclosed his death on Friday, had said two days earlier Chazen was stepping down as chairman and CEO due to “serious health reasons.”

He had a lengthy career at Occidental, which he joined in 1994 and climbed through its finance ranks to become CEO. He helped advance the career of Occidental’s current CEO, Vicki Hollub. Chazen rejoined Occidental as a director in 2019.

“Steve played a significant role in transforming Oxy into a focused global energy leader over the past 30 years, serving as chief financial officer, CEO and most recently as independent board chairman,” Hollub said in a statement.

“He was the type of businessman who didn’t follow trends, but rather established trends,” said Christopher Stavos, who took over this week as Magnolia CEO. “Steve had a profound impact on how E&P companies are managed with an objective of creating long-lasting shareholder value.”

He built the company to focus on generating cash in excess of capital investment and for modest production growth. That formula – strong cash flow from single-digit volume growth – was uncommon at the time but is now widely adopted by other U.S. shale oil producers.

Hollub said, “We cared for him deeply and our thoughts and prayers are with his wife, family and friends.”

Plans for a memorial service were not immediately available.