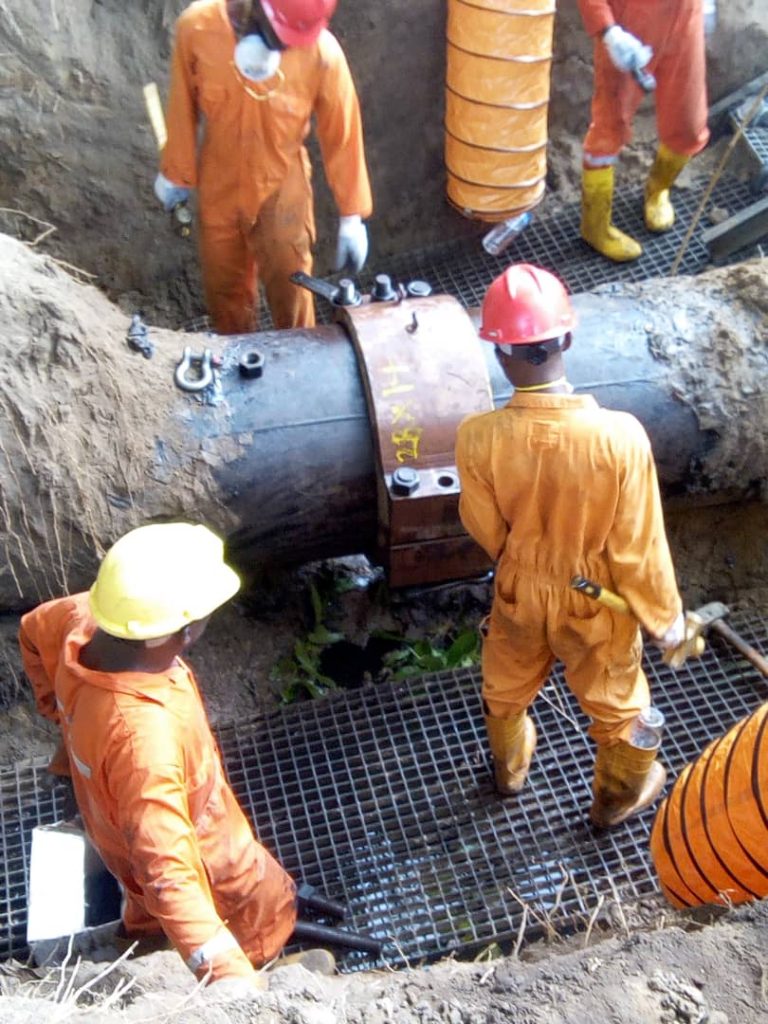 Port Harcourt — It was a terrible Easter weekend in Ogoniland as suspected oil thieves in K-Dere and Kpor Communities in Gokana Local Government Area of Rivers State clashed with Nigerian Army personnel attached to a technical crew of the Shell Petroleum Development Company of Nigeria, SPDC.

The clash led to the death of two youths of K-Dere community, Nen-eekpege Legbara, and one other person, while one Kingdom Koomene and two others sustained bullet injuries and are receiving treatment, as a result of the shootout.

SweetcrudeReports gathered that trouble began when a technical crew of SPDC moved into B-Dere community to repair a damaged portion of the Trans Niger Pipeline, which suspected oil thieves had burst to siphon crude oil.

The damaged TNP had resulted in fresh spills from the facility owned by SPDC, in B-Dere and Kpor communities of the same LGA.

Speaking, the chairman of K-Dere Town Council, Elder Dornu Godswill, disclosed that since the beginning of this month, some staff of Shell has been trying to work on the TNP facility in Kpor, a neighboring community to K-Dere. 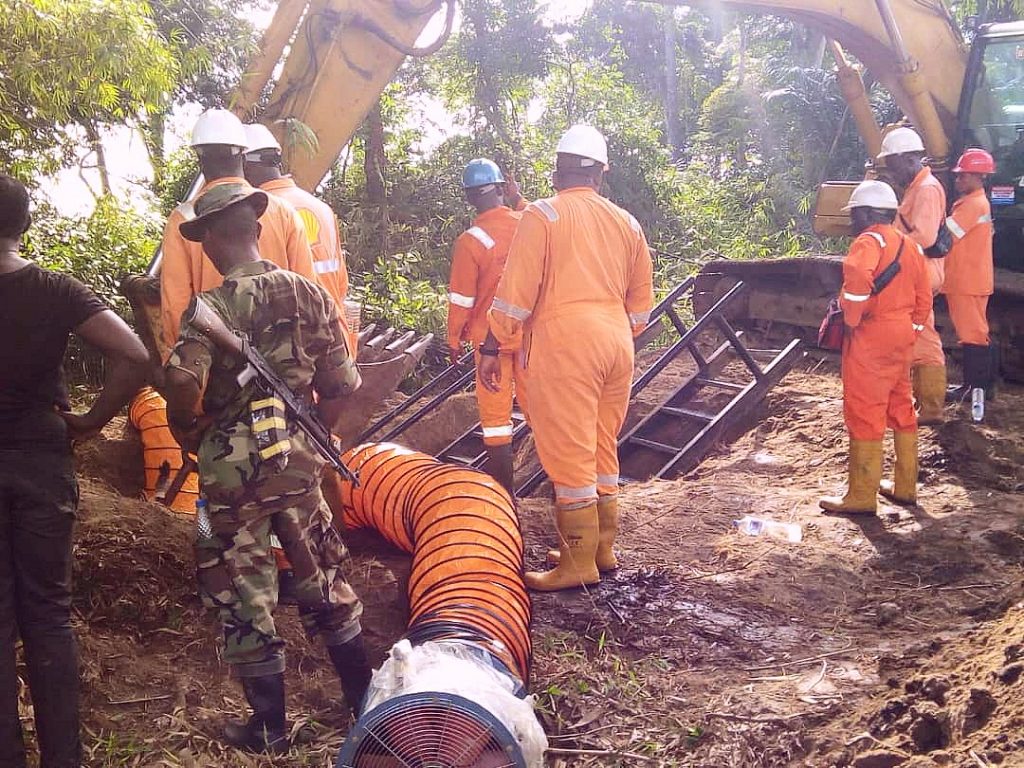 *Shell crew at the site.

Godswill stated that oil thieves had set the spill at Kpor ablaze, adding that he gathered that three of the thieves died at the spot while exonerating his community (K-Dere) youths of any involvement in the issue.

According to him, “On the 2nd of April, I was coming back from the hospital and I saw Shell vehicles parked at Kpor trunk line. I had to go and find out what the problem is, they informed me that there was a spill.

“On the 5th of April, they (Shell) invited us to give them access to the spill site.”

The chief, however, expressed worries that his community is under siege by the military who invaded the area, adding that the Army personnel were escorts of Shell crew, who were in the area for the repair of their facilities.

He wondered why the military that escorted Shell to B-Dere and Kpor communities, would attack their community when the spills were not in their community, K-Dere.

“On the 18th of April, around 10 pm, we heard a bang and we later got information that the oil spill at Kpor has caught fire. It was not our boys that did it. We only heard that some oil thieves that were cooking products around that area caused it.

“The next thing we saw in the morning was some military men attached to Shell invading our community killed two youths, three other people sustained bullet wounds.

“The soldiers also scattered our market. They chased women that were buying and selling. We have been under siege. We need justice for this kind of intimidation and humiliation. The painful thing is that none of these spills happened in K-Dere, why this action against us.”

Similarly, the Nigerian Army, Six Division, Port Harcourt has said that no community in Ogoni was invaded, but some oil thieves from K-Dere opened fire towards SPDC technical crew and her escort team, who were in the community to carry out repair works.

Spokesperson of Nigerian Army, Six Division, Port Harcourt, Aminu Iliyasu, confirmed that the escort team returned fire towards the source of the gunshots while blaming the community for aiding and abetting oil theft.

In his words, “The community was at no time invaded. The bad boys setting fire on the TNP and infracting the lines attacked the SPDC technical crew by firing fiercely for over three hours from the evil forest as they call it which can only be accessed through the community from the direction the firing was coming from.

“The escort team returned fire towards the direction of the evil forest until the firing from their side was suppressed.

“The entire K-Dere community was complicit to the act of attacking the crew and soldiers and that what they do all the time a bunkering point had to be clamped and taken out.

“It is the community usual business to open points and infract the 24 and 28-inch pipelines passing through Ogoniland,” the Nigerian Army said.