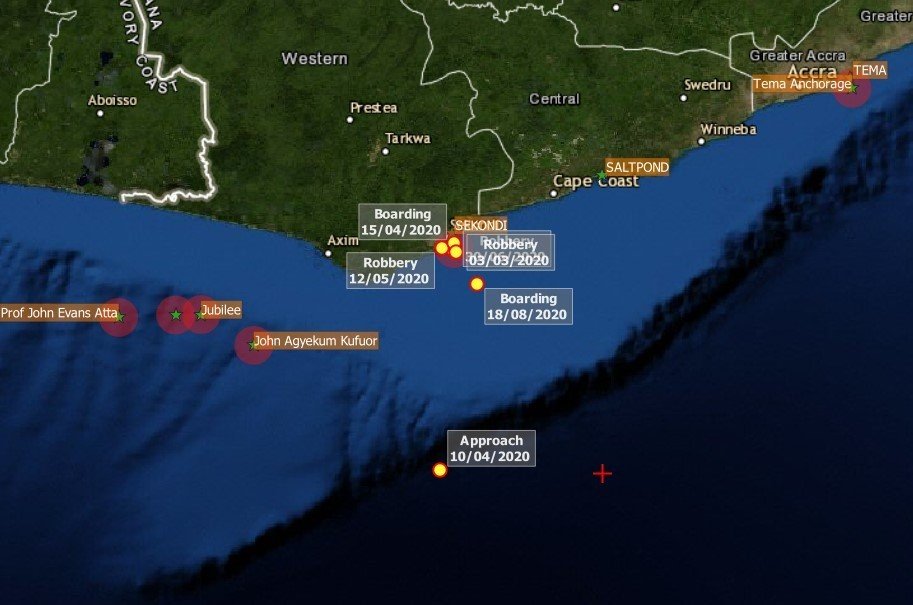 Lome, Togo — MDAT-GoG have reported that the vessel MT Hafnia Phoenix (IMO 9461702) was approached by a suspicious boat while transiting from Lomé to Abidjan 74nm South East Takoradi.

The vessel was approached by a speedboat carrying 8 persons on board. A ladder was sighted within the vessel. 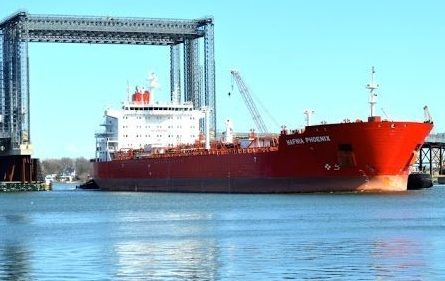 The nature of the approach remains unclear at this stage however the confirmed sighting of ladders would strongly indicate piratical intent.

This far there have been no pervious incidents of vessels boarded or kidnappings within this area. The incident is understood to have occurred 40nm East from an approach incident on the 4th April 20.

Within this incident an MT was approached by a skiff with a red and white hull with 6-7 persons on board.