Evergreen
Home featured Sylva will see to the passage of PIB, says IYC

Sylva will see to the passage of PIB, says IYC 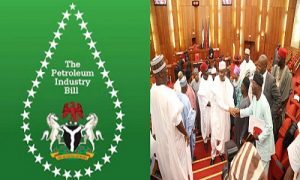 PIB and the Senate

IYC President, Mr Eric Omare, speaking exclusively to our correspondent in Port Harcourt, said Sylva was not new to the Ministry of Petroleum Resources, since he was once an aide to Edmund Dakoru, while the latter held sway as Minister of State for Petroleum Resources.

Omare explained that the only measure needed to turn around the oil and gas sector was regulation, hence, the need for an urgent passage of the PIB.

Asked how Mr. Sylva, as a junior Minister would achieve such feat, whereas Dr. Ibe Kachikwu, who was an expert and had worked in the industry for many years could not make much impact, Omare said, “I disagree, every Minister has the responsibility to contribute to the implementation of policies.

“Petroleum Minister has always been held by the President, except for Late President Umaru Yar’Adua and Former President Goodluck Jonathan.

“What is required to turn around Nigeria’s oil and gas industry is regulations, enacted and implemented policies. To turn around the industry, we need legislative backing. I believe Sylva will be able to galvanised support to pass the PIB in order to make the required impact in the industry.

“Sylva as former SA to Edmond Dakoru, as Minister of Petroleum, is not new to the Ministry of Petroleum Resources. So I expect him to hit the ground running immediately. I believe he has the capacity because that ministry is a familiar terrain to him.”

The Ijaw Youths Council also charged Ministers appointed from the Niger Delta states, to collaborate on ways to industrialised the region, in order to remove people from poverty in line with the vision of the President.

“My expectations is that Ministers from the Niger Delta region will pay more attention to the development of physical infrastructure in the region, especially the completion of the East West Road.

“I expect the Minister of Transportation, Mr Rotimi Amaechi, too extend the railway project to the region and also revitalise the Eastern ports and the maritime industry in the region, to pave the way for development,” he added.