Tanzania gas project in limbo as talks drag on 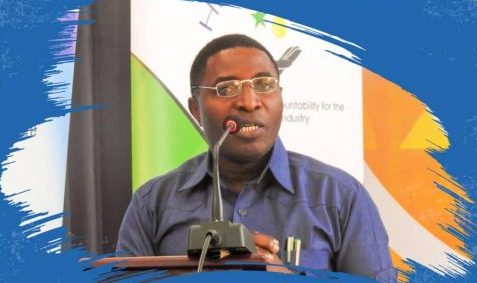 Dar es Salaam — Tanzania has been locked in talks with international oil companies for the past five months to finalise the terms of developing the $30 billion liquefied natural gas project in Lindi, in the southeastern region of the country.

Minister for Energy Medard Kalemani told stakeholders at the third oil and gas congress in Dar es Salaam on Wednesday that the government is working with Norwegian oil and gas firm Equinor, and Royal Dutch Shell Plc to ensure that the LNG project is implemented. The talks were to be finalised last month.

For nearly two years now, the multimillion-dollar project has been in limbo waiting for a “Host Government Agreement”–the pact that governs the rights and obligations of parties with respect to the development, construction, and operation of the project.

Once in operation, the LNG project is expected to add 10 per cent gas to Tanzania’s domestic use.

“We are currently working with the government to have in place a commercial framework for a successful LNG project,” said Maarten Garvelink, Shell’s vice president for commercial and new business development in sub-Saharan Africa.

“Further investments will come once the LNG project starts to roll out its activities on the ground,” said Equinor Tanzania’s senior vice president and country manager Metter Ottøy at the oil and gas congress.
Exploration
Tanzania has been exploring offshore natural gas in the south of country for more than 50 years. In 2016, the country started talks with multinationals for the development of a 542-km long gas pipeline from Mtwara to Dar es Salaam to connect industrial and domestic users as part of a national plan to move users from fossil fuel to cleaner energy sources.

“Our aim is to reduce charcoal use in the country as more than 500 tonnes of charcoal are imported to Dar es Salaam every year. We would not do that if we had an alternative,” said Dr. Kalemani.

Dora Ernest, the acting manager for gas business at Tanzania Petroleum Development Corporation (TPDC), said, “From 2004 to June 2019, we have saved billions of shillings in petrol and diesel imports, which we have replaced with cheaper natural gas that is found in the country.”

Speaking to The EastAfrican in Dar es Salaam, she said that so far TPDC has connected 48 light industries, about 600 households and two tours.

“By the end of this year, around 1,000 houses in Dar es Salaam and 300 in Mtwara will be connected with natural gas systems,” she added.
An assessment study has already been conducted in Dar es Salaam and Mtwara, and by 2020 the petroleum authority targets the construction of two large CNG refuelling stations in Dar es Salaam, and to reach 1,637 households in the commercial capital.
Pas prices.

Last month, Dr Kalemani directed authorities to come up with gas prices that are comparable with those in other countries. He made the comments after investors had reportedly said that the prices in Tanzania were too high.

In June, President John Magufuli invited investors in the production of LPG to the country as it sought to save the country from cutting of trees to make charcoal.

President Magufuli urged Taifa Gas Tanzania, the LPG processing plant owned by indigenous Tanzanians, to ensure that it spreads distribution of LPG to rural areas to reduce the use of fuel wood which was detrimental to the country’s forests.