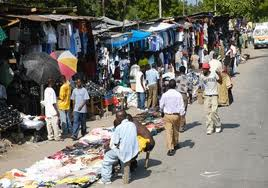 2 October 2011, Sweetcrude, Dar es Salaam – Tanzania has signed a $1 billion loan agreement with China for the building of a major natural gas pipeline in the east Africa’s second-biggest economy, a Tanzanian newspaper quoted the country’s energy minister as saying.

Reuters reports that the deal involves the construction of a 532-kilometre pipeline from Mnazi Bay and Songo Songo island in southern Tanzania to the country’s commercial capital, Dar es Salaam.

“The completion of the project will enable the 36-inch gas cylinder to produce 784 million standard cubic feet of gas per day, capable of powering 3,900 megawatts (MW),” Energy and Minerals Minister William Ngeleja was quoted saying.

An existing 16-inch natural gas pipeline owned by private investors has been facing capacity constraints amid growing energy demand in the country.

China Export-Import Bank (EximBank) will provide a soft loan to cover 90 percent of the project cost, while the Tanzanian government will finance the remaining cost, the paper reported.

Tanzania has asked the Chinese financiers to fast-track implementation of the project to ensure construction of the pipeline was concluded by December 2012 from the initial schedule of March 2013 to curb the country’s chronic power crisis.