28 September 2014, Dar es Salaam — After decades of relying on supplemental private power generating plants to make up hydropower shortages, Tanzania will replace them with natural gas-fired turbines as the nation taps its big reserves of natural gas to generate cheap electricity.

Amid recurring droughts that have crippled the operations of the country’s major hydropower facilities, the East African nation is trying to diversify its energy sources – but potentially at the price of higher carbon emissions. 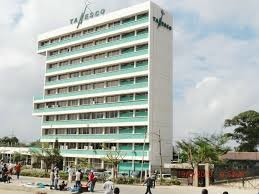 The move to turn off furnace oil-powered generators is likely to save TANESCO, the state-run utility firm, 1.6 trillion Tanzanian Shillings ($1 billion) a year, the government said.

Eliakim Maswi, permanent secretary in the Ministry for Energy and Minerals, said the move aimed to cut costs and allow Tanzania to use its own gas resources.

“We want to ensure that we have reliable and available power supply at the lowest cost so that the public can enjoy lower tariffs,” he said.

Although Tanzania’s emissions of greenhouse gases are very low, experts say current energy development plans – such as greater use of coal and natural gas – will probably lock the country onto a much higher emission pathway.

A 2011 government study on the economics of climate change estimated that the country’s annual per capita emissions will increase ten-fold to 1.5 metric tonnes of carbon dioxide by 2030.

Tanzania has for some years suffered from prolonged drought that has affected its hydropower capabilities. Shortages have led to power rationing.

To deal with the problem, the government hired private companies including Aggreko and the U.S-based Symbion Power to generate more than 300 megawatts of power daily on a short-term basis – about a fifth of the country’s electricity needs.

Symbion has since 2012 expanded its power generation activities in the country to produce about 225 megawatts daily at its plants in Dar es Salaam, Arusha and Dodoma.

That generating capacity will now be replaced by other facilities, including Tanzania’s first natural gas-fired plant, the government said. The 240 billion Tanzanian shilling ($183 million) plant being built at Kinyerezi in Dar es Salaam is expected to meet some 20 percent of national electricity demand.

Local analysts, however, warned that the switchover could hurt the economy.

“From what I know, TANESCO has entered lengthy agreements with those (private) companies. I am sure they will not be standing idly by to see their lucrative deals scrapped. They will definitely unleash a fierce legal battle against any move to terminate their contracts,” said Evans Mzava, an independent researcher and energy consultant based in Dar es Salaam.

However Maswi, of the energy ministry, said the government will not violate any contractual terms with private companies.

Tanzania has proven reserves of natural gas in excess of 50 trillion cubic feet – more than enough to put the country on a faster economic development path and help it build energy independence, the government says.

Currently, natural gas accounts for about a third of Tanzania’s electricity generation, with hydropower and liquid fossil fuel contributing in roughly equal measures to the balance.

Although environmental experts warn that increasing use of fossil fuels to generate electricity will increase emissions and contribute to climate change and more extreme weather, the government has pushed ahead with expanded use of fossil fuels.

In its 2014-25 Electricity Supply Industry Reform Strategy Roadmap, launched early this year, the government said it would use a variety of sources of energy, including coal and gas, to increase electricity generation from 1,583 megawatts (MW) today to 10,800 MW in the next 10 years.

Domestic and industrial energy consumers faced a 40 percent increase in electricity tariffs earlier this year as a result of what the government said was the rising cost of producing electricity.

According to TANESCO managing director Felchesmi Mramba, commissioning new gas-fired turbines will substantially lower energy costs as it will allow TANESCO to operate more efficiently and provide sufficient energy without buying from the private market.

Currently, only 24 percent of Tanzanians are connected to the grid. In rural areas, only 7 percent of people have electricity due to low purchasing power. The government aims to increase the connection level to 30 percent by the end of 2015.

Mramba, of TANESCO, said energy demand in Tanzania is expected to grow at 8 percent a year for the next three years.
*Kizito Makoye; Laurie Goering – Thomson reuters foundation