30 March 2016, Lagos – Indian giant Tata Steel on Wednesday put its British business up for sale, sparking calls for the government to intervene and safeguard thousands of jobs in the crisis-hit industry. 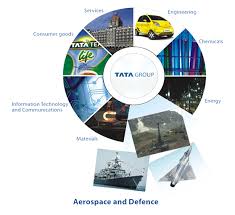 Tata said in a statement that trading had “rapidly deteriorated” in Britain and Europe, adding it will “explore all options for portfolio restructuring including the potential divestment of Tata Steel UK, in whole or in parts”.

The company blamed chronic global oversupply of steel, a “significant increase” in cheaper imports into Europe — particularly from China — and plunging prices in recent times. Tata is also battling high costs, currency volatility and weak global demand for steel, which is mostly used in construction.

“These factors are likely to continue into the future and have significantly impacted the long term competitive position of the UK operations,” the group added in a statement issued in Mumbai.

Management of its European division Tata Steel Europe will now evaluate and implement the most feasible option for its British operations.

The group employs around 15,000 staff in Britain, including the country’s biggest steel plant at Port Talbot in Wales.

“The news that Tata is preparing to pull out of steel-making in Britain puts thousands of jobs across the country and a strategic UK-wide industry at risk,” Corbyn wrote in a letter to Cameron.

“MPs must have the chance now to debate the future of steel and hold ministers to account for their failure to intervene.

“Steelworkers and their families will be desperately worried about the uncertainty. The government is in disarray over what action to take,” the Labour leader added.

His party has called for the government to intervene, possibly by taking a public stake in the industry to avert a collapse.

Cameron has yet to comment but the British government has urged Tata to allow time to locate a potential buyer.

“We want enough time to be able to secure a buyer. That will take months,” said business minister Anna Soubry.

She insisted that the Conservative administration was considering “all options” and raised the possibility of management and unions being involved in any future plans.

Union representatives had travelled to Mumbai as a company board meeting was held to try to convince Tata to invest in the plants, which employ thousands in England and Wales.

Politician Leanne Wood, leader of Welsh party Plaid Cymru, described the news as “devastating” and also called for the Welsh regional assembly to be recalled from its Easter break to respond to the crisis.

Tata had previously announced a series of job cuts at its Port Talbot site, where it employs 4,000 people, with another 3,000 employed as contractors and temporary workers.

A joint statement from the British government and the Welsh regional government said they would work with unions to maintain the steel industry. Unions have accused China of killing off British industry by “dumping” steel on the market at prices that cannot be competed with.

Tata said it had poured money into the UK businesses and suffered asset impairments of more than £2.0 billion ($2.8 billion, 2.5 billion euros) in the last five years.

Analysts poured cold water on the prospect of a sale any time soon. “The prospect of Tata Steel finding a buyer for all its UK operations looks very slim,” said Russ Mould, investment director at broker AJ Bell.

“Tata has taken a £2.0-billion hit on its UK arm in the past five years and any buyer for the entire business would need to be both an eternal optimist and have very deep pockets, given the continuing fall in demand for steel.”

Tata Steel Europe was known as Corus Group until Tata bought the Anglo-Dutch steelmaker for $13 billion in 2007 — at the height of Chinese steel demand and before the global financial crisis.