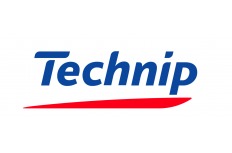 20 February 2013, Sweetcrude, Luanda – Technip, the French engineering company, has been awarded a five-year contract by BP’s Angolan subsidiary for engineering and modification services.

Technip will, under the contract, carry out engineering and modification work on BP’s Greater Plutonio and Plutao, Saturno, Venus and Marte floating production, storage and offloading units on Blocks 18 and 31, off the coast of Angola.

The contract also covered procurement and management of offshore and onshore construction activities.

The award follows on from a previous five-year agreement which saw Technip carry out engineering services for the Greater Plutonio FPSO.

Technip will carry out the contract, which is scheduled for completion at the end of 2017, from its operating centre in Luanda, Angola.