The debate about fracturing must be based on sound science 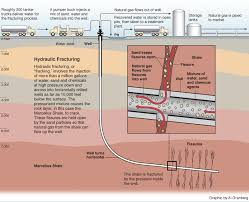 11 January 2015 – Hydraulic fracturing has been accused by environmental groups of everything from polluting water supplies to contaminating the air to causing cancer to inducing earthquakes.

The hysteria they have been able to create has people scared to death (no pun intended). Some residents have become so frightened that citizens have asked their city officials to prohibit hydraulic fracturing within the city limits. Texas cities – such as College Station, Mansfield, Azle, Reno, Presidio, Alpine and, of course, Denton, which did pass a referendum banning hydraulic fracturing within the city – have all discussed banning the technology.

However, all of these claims have been proven false.

Dr. Dan Hill, head and professor and Noble Chair of the Harold Vance Department of Petroleum Engineering at Texas A & M University, wrote a column that appeared in the Bryan/College Station Eagle on Dec. 30 that warned consumers “to keep an eye out for claims masquerading as ‘science.’”

He said such claims “are based on flawed research and inappropriate comparisons of air test results and safety threshold.”

Hill cited a study in Colorado, which alleged that people who live within a half mile of a natural gas well are at higher risk of cancer. That study was later criticized by the Colorado Departent of Public Health and Environment for it flawed methodology and was eventually decommissioned by the Garfield County Commissioners in Colorado.

Similarly, some residents of Flower Mound, Texas (north of Fort Worth) suspected that breast cancers were linked to increased drilling. After extensive investigation by the University of Texas Southwestern Medical Center in Dallas, the Texas Cancer Registry, and Susan G. Komen for th cure in Dallas all said ther is no evidence of an increase in cancers. The Texas Department of State Health Services also found no connection between natural gas production and cancer in 2014.

Hill pointed out that the Environmental Protection Agency (EPA) recently reported methane emissions from petroleum and natural gas systems sector have decreased by 12 percent since 2011, with the largest reductions coming from hydraulically fractured natural gas wells, which have decreased by 73 percent during the period.

As the debate rages on, Hill asserted the dialogue must be based on sound science.

*Alex Mills is President of the Texas Alliance of Energy Producers.