The world maritime industry is worth $6trn annually – Ship owners 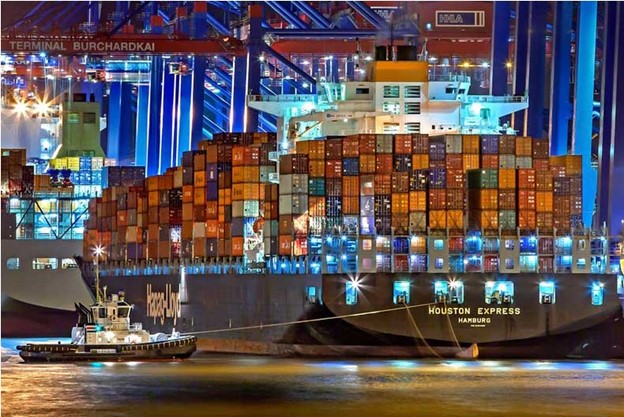 *MV Houston Express being towed out of port.

Lagos — The leadership of the Ship Owners Association of Nigeria, SOAN, has said that the global maritime industry is currently worth over $6 trillion annually, stating that the revenue from the industry is used to sustain economies of nations, but that Nigeria is not part of this trade.

Speaking at the stakeholders’ validation meeting on the draft National Maritime Transport Policy held in Lagos, President of SOAN, Dr. George Onyong, said that about $16 billion being made in the industry per day, $980 million an hour and $11 million every one minute.

He also explained that until a proper policy was put in place to ensure that Nigerians took their rightful place in the global maritime industry, Nigeria and Nigerians would continue to lose out in these revenues generated from the industry.

The medical doctor, turned ship owner, stated that when the National Maritime Transport Policy is well harmonised, it will take the country to the level of prosperity that it truly deserves.

He said: “Until the document is well harmonised and we look at it, we will then know whether this document will take us to the prosperity that the industry deserves.

“As far as I know, this industry is a $6 trillion annual industry, and from our calculation and account, it can make $16 billion a day, $980 million an hour and $11 million per minute”.

He added: “The first thing that comes to mind is, who are the people earning these monies, countries like Norway, Amsterdam, China and others. Norwegian waters are frozen for eight months in a year, so they have only four months of liquid water.

“Having said that, the difference is that Norway has up to 45,000 ships, and off-course China has over 50,000 ships. These are the people that make $11 million per minute.

“So, we say that this is a step in the right direction, but we must look at it very critically and look at the strategies that will take us there”.