Thordon helps to ensure Spartacus is a cut above the rest 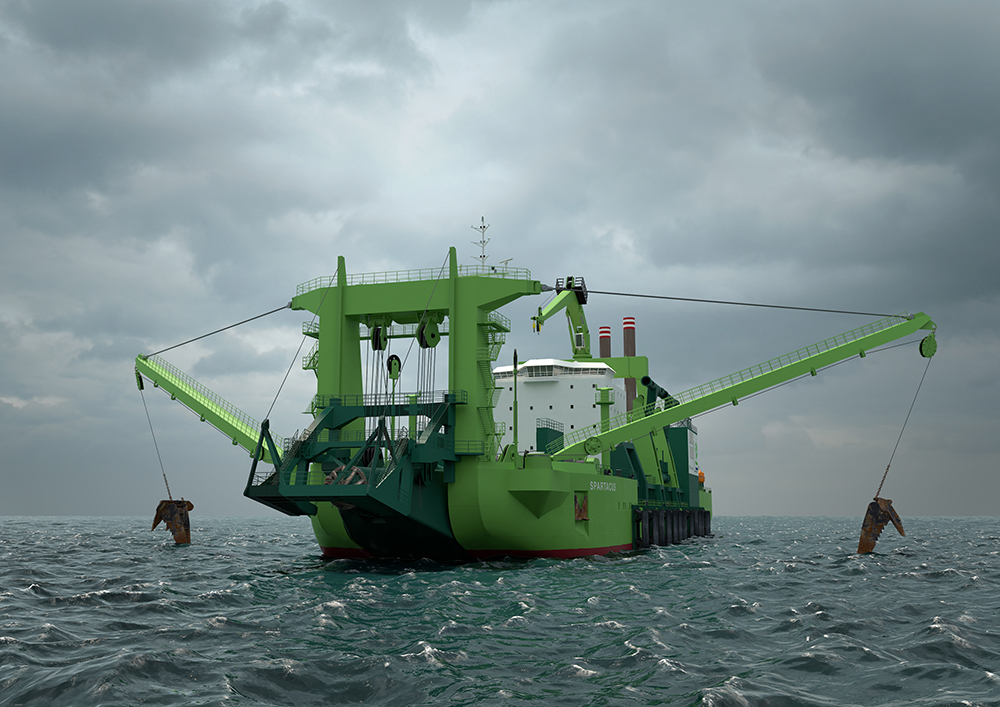 When delivered next summer to Belgian dredging and reclamation specialist DEME Group from Royal IHC’s shipyard in Kinderdijk, The Netherlands, Spartacus will be capable of cutting harder soils and at much faster speeds than it could previously manage. It will also be the first dredger capable of operations in water depths of up to 45m (147.6ft). Presently, 35m (115ft) is the maximum water depth in which dredgers can operate.

While the self-propelled CSD features several environmentally-safe and energy-efficient innovations, it is Thordon’s robust and long life Composite bearings that have contributed to the vessel’s optimised cutterhead performance, speed, and reliability.

Bart Bakker, Managing Director of Sandfirden, Thordon’s Netherlands-based distributor and engineering partner, said: “It is without doubt DEME’s experience of Thordon’s self-lubricating Composite bearing on the 123.8m (406ft) cutter suction dredger, D’Artagnan, that resulted in us securing this milestone order. When the D’Artagnan’s intermediate ladder bearings were removed for inspection in 2014 after nine years of operation, they showed practically no wear and were not replaced.”

For Spartacus, Thordon supplied Royal IHC with four Composite intermediate ladder bearings for shaft diameters of 1400mm (55in) – the largest diameter Composite bearings ever produced by the Canadian company – and a single Composite cutterhead bearing for a 1050mm (41.3in) shaft diameter.

George Morrison, Thordon Bearings’ Regional Manager, Western Europe, Africa and Aus/NZ, said: “We are delighted that DEME Group has returned to Thordon with an order to equip this innovative and important vessel. The through-life performance of our Composite cutterhead shaft and intermediate ladder bearings not only deliver longevity but compared to traditional arrangements, operational costs are much lower due to the longer periods between replacement, less downtime and the elimination of grease.”

Recently, Thordon’s cutterhead bearings have been delivered to China’s Jiangsu Haixin Shipping Heavy Industry Co for installation to a 6500m3 dredger newbuilding for an undisclosed owner. The vessel will take up dredging duties in the South China and East China Seas.